Off We Go on Another Joyful Fasting Time 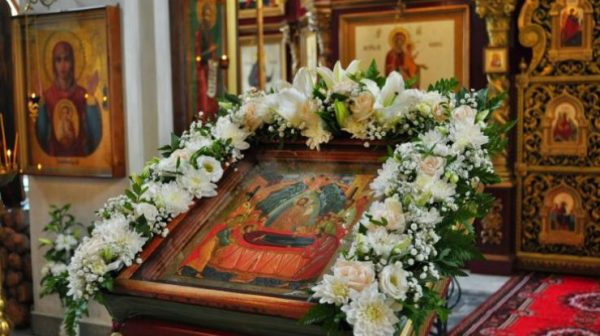 Fasting has been around since time immemorial.  Fasting is a way to sharpen awareness and increase anticipation.  Most developed religions use fasting as a means to prepare for rituals or feasts.  “No fast, no feast” is the old motto.  If you don’t prepare for Easter or Christmas by exercising some restraint and all you do is gorge yourself on foods you’re eating anyway, what’s the gain?

Orthodoxy remains the key proponent of fasting in the Christian tradition.  If you pay attention to the fasting regulations of our Church, and most people try to do so, you will fast about two hundred days a year. Every week with a few exceptions you fast on Wednesdays and Fridays.  Wednesday fasts commemorate the betrayal of Jesus and the Fridays commemorate his death on the cross.

Then there are four fasting periods, two short and two long.  The two major periods are Lent, which extends from Clean Monday (other Christians commemorate Ash Wednesday the same week) to Easter, and the Nativity Fast, a mirror of Lent that extends from mid-November until Christmas.  Each period is about a month and a half long.  Lent is a time of “joyful sorrow.”

Fasting is not total abstinence.  Some people define fasting as complete abstinence from foods, subsisting on water for a few days, but that is not what we mean.  Fasting in the Orthodox Tradition means that you abstain from certain foods, chiefly meat and dairy.  This means that if you observe the fasting period totally you will be vegan or vegetarian for the time allotted.   Certain forms of shellfish are permitted.

There are also two two-week fasting periods during the year, connected in the first case with the Feast of Saints Peter and Paul (end of June) and the Dormition of the Virgin, the day that commemorates the repose of the Mother of the Lord (August 15th/ 28th).  The Dormition Fast, which is the occasion for this article, just began.

Most readers will ask, “Why do you bother with this stuff?  Isn’t this some sort of attempt to work your way into heaven?  What’s the use?”  Fasting is not an attempt to work our way into heaven.  Fasting is preparation for the spiritual life.  Just as an athlete trains to win a race or a boxing event (both of these are examples St Paul used in his letters), so we train to be attuned to the spiritual aspect of life.  The ancient prayer teachers of the church warn against gluttony as one of the key ways we turn aside from prayer and worship, so they are particularly keen to advise us against overeating.

If this practice makes you irritable or angry, I counsel that you are better off not attempting it.  These regulations are not hard rules but guidelines for those who seriously desire to draw closer to God.  Anger puts you at a distance from God as well as from your fellow men.  Anger is at cross-purposes to the intention.

There are fasting exceptions:  the aged are relieved of fasting and the sick may receive medical exemptions from their priest.  For the infirm the fast is shortened to one week – a token to honor intent but with no pressure to perform the whole.  The point is to enter Life in Christ body and soul.