Elder Brother of Patriarch Kirill Reposes in the Lord 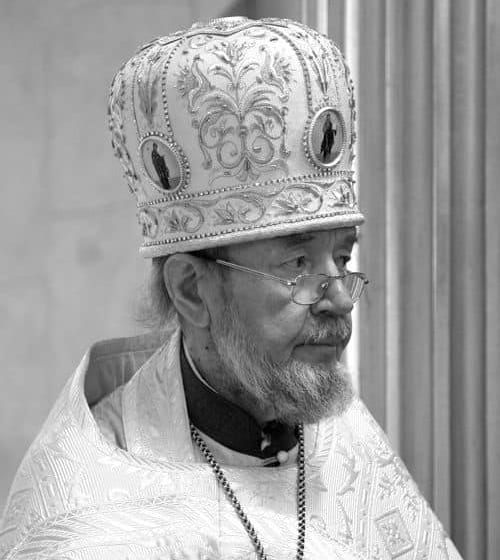 On December 30, 2021, Archpriest Prof Nikolay Gundyaev, honorary rector of the Cathedral of the Holy Transfiguration, vice-chairman of the Department for External Church Relations from 1973-1977 – the elder brother of the Primate of the Russian Orthodox Church, His Holiness Patriarch Kirill of Moscow and All Russia, after a serious prolonged illness passed away in the Lord at the age of 82.

The renowned pastor well-known to his contemporaries and church diplomat was born on 18 November 1940 in Leningrad to the family of future Archpriest Mikhail Gundyaev (1907-174), a priest in Leningrad, and Raisa Gyndyaeva (born Kuchina, 1909-1984), a German language school teacher. His grandfather, Rev. Vasiliy Gundyaev (1879-1969) was a confessor of faith, and his younger brother – His Holiness Patriarch Kirill of Moscow and All Russia, and his younger sister Yelena Gundyaeva, pro-rector for culture at the St. Petersburg Theological Academy, have become continuers of the family tradition of the lofty service of the Church.

Nikolay married in church and begot a son, Mikhail, who is now an archpriest, rector of the church of the Nativity of the Most Holy Theotokos in Geneva, representative of the Russian Orthodox Church to the World Council of Churches and other international organizations in Geneva.

In 1966, Metropolitan Nikodim (Rotov) of Leningrad and Novgorod ordained him as deacon and in 1967 as presbyter. In 1971. Father Nikolay was elevated to the rank of archpriest.

In 1972, Archpriest Nikolay Gundyaev began working in external church relations. From July 1972, he was secretary of the Holy Synod Commission on Christian Unity and Inter-church Relations. From February 13, 1973, to April 4, 1977, he occupied the post of vice-chairman of the Department for External Church Relations of the Moscow Patriarchate. In those years, Father Nikolay was actively involved in the developing of the Russian Orthodox Church’s contacts with Christians Churches and international Christian organizations and attended inter-Christian and interreligious symposia and meetings.

From 1977, Father Nikolay was an adviser of the Department for External Church Relations. In the period from 1976 to 1977, he was the head of the Moscow theological Academy post-graduate course attached to the DECR.

From August 11, 2014, he was the honorary rector of the Cathedral of the Holy Transfiguration in St. Petersburg.

Metropolitan Hilarion of Volokolamsk, Chairman of the Department for External Church Relations of the Moscow Patriarchate, its leadership and staff take in Archpriest Nikolay Gundyaev’s death as a great loss for the Russian Orthodox Church and preserve the grateful memory of the years of his service at the synodal department.