On Controlling the Tongue 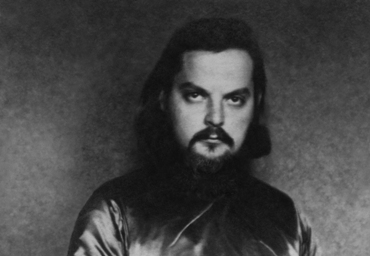 For one who is repenting, my friends, it is not natural to judge and to talk idly. One who is repenting ought to be silent as much as possible in order to accomplish his salvation in repentance. But we constantly talk idly, constantly judge and criticize others, constantly do evil with our tongue. Thereby, we bring evil both upon ourselves, who are speaking evil, and upon those who are listening to our evil speaking. The Holy Fathers point out that our tongue is a little member, but that it does great evil, inflaming the circle of our life. How readily it arms one person against another. In failing to control our tongue, we allow it to act as an instrument of murder. Saint Anthony the Great plainly says: “Whoever receives a man speaking evil or a calumniator, associates with a murderer.” You see, a calumniator and a murderer, according to the words of the Holy Father, are one and the same. “Withdraw from the calumniator, whoever he might be, and be not ashamed to withdraw from him.” “It is safer to live with a serpent, than with a calumniator,” say the Holy Fathers. John Climacus forbids one to render esteem to such men. “Never render esteem to one who speaks to you evilly of a neighbor. Thereby, you will heal both yourself and your neighbor.”

You may say, my friends, that here the matter concerns calumny. But what if you hear that they are speaking badly of a man, and what they are saying may be true? What is to be done then? Since we are prone, my friends, to evil speaking, it is better for us not to listen to such conversations. After all, we might communicate to him of whom they were speaking: “They are saying this and that about you,” or we might discuss this with another person, with a second, with a third, and so forth. Whenever you begin to stop whomever is speaking, he usually justifies himself by the fact that, after all, he heard this with his own ears. And then what happens? The one speaking evil falls into pride. No, my friends, a Christian ought not to act so, even if he himself has been present at some vile act or other. He ought not to spread another’s sin, but cover it with his love. Let us learn from the saints how they acted in such cases. Here is an example.

A hermit came to a skete where some ascetics lived, and he abode there. One of the skete elders gave him a cell, and he began to live in concord with the hegoumen and the brethren of the community. But soon this concord was broken, since the skete elder that had given the ascetic the cell envied the newcomer, to whom many people had begun to go for counsel and spiritual guidance. Prompted by envy, he sends his young disciple to the guest with an order to be off from the monastery, and he commanded this to be conveyed in these words: “Get thee thence from whence thou camest.”

The disciple went, and although, out of obedience, he ought to have conveyed the words of his elder exactly, he began to reason: “If I convey the words to the newcomer just as the elder said them, I might arouse malice in him, and it will cause enmity to flare up between the two elders. It is surely better that, in the name of the Lord and general peace, I hide these evil words and take everything upon myself.” (Abba Dorotheus, in his instructions, allows one to do this in prayer and struggle.) And so the disciple, on coming to the elder, instead of saying “Get thee thence,” as he was ordered, bowed down and said: “My father has asked me to inquire of thee, ‘Art thou well?'” To this, the elder replied: “Tell thy father that I ask for his prayers, for I am a little ill.” On returning, the disciple said to his elder: “That elder has found himself another cell and will soon leave.” Give heed, my friends; what love! After some time, the elder again sent the disciple to drive out the hermit. And the disciple, on coming to him, said: “My father, having learned that thou art ill, has sent me to visit thee.” “Tell thy father,” responded the hermit, “that by his prayers I am now completely well.”

The disciple conveyed something entirely different to his elder: that the guest asked to live in the monastery only a week more and would then move to another cell. In a week, the enraged elder himself went to drive the hermit out of the cell. But the disciple, having learned of this, out of love for peace and his elder, ran ahead and informed the newcomer that his father was coming to him to call him to join him in the refectory. On hearing this, the hermit went out straightway to meet the elder with a look full of love and said: “Trouble not thyself to come unto me; I myself am coming to thee.” Struck by the newcomer’s lack of malice, the elder was touched in his soul, his malice disappeared, and he really did conduct the guest to join him in the refectory. While the guest went on ahead, the elder learned how his disciple had acted. He fell down at his feet and said: “Henceforth thou art my preceptor, for by thy words our souls have been saved.”

Here, my friends, is how the saints acted. Even when they were sent to say or to do something evil, they did not do this, although they ought to have done just as their elders ordered them. But we, with the greatest readiness and pleasure, recount everything evil, everything bad about a man; and if it is something we ourselves have heard, we object strenuously when we are stopped, we begin to wound one another, and we do, as the Holy Fathers say, the work of scorpions and serpents with our tongue.

During the days of fasting and repentance, we ought to watch our tongue more than ever. Ascetics truly are sick at heart over one who speaks evil of his neighbor. And we, in the name of what seems to us to be the truth, are constantly doing evil. Every society suffers more than anything else from evil speaking and condemnation, which is communicated in every possible way.

So while we are repenting, come, my friends, let us attend to our tongue, let us join real battle with it, and we will have great gain. If we will not speak evil of another, but instead of this will pray for him; if we will remember that by our one word we can undermine a whole edifice of relations between men, then we shall understand why Ephraim the Syrian asks in his prayer that the Lord not give him idle talk. Even in church, before the beginning of a service, we post bulletins, if not “on walls,” then orally. Thereby, my friends, we break down the Church; we become her real destroyers and also the destroyers of our own and another’s structure. Let this disciple serve as an example to us.  Let us strive in every way to get out of the habit of evil speaking, calumny and condemnation. Then we shall acquire for ourselves many more friends-not in calumny and evil speaking, but friends in God and in the struggle with sin, and this will unite us in the one flock of our Lord Jesus Christ. Amen.

(Translated by Daniel Olson from Nadezhda,  #16)

In this urgent and prophetic article, written in 1918 for the Moscow paper Vozrozhdenie (“Rebirth”), Sergius Mechev, who…