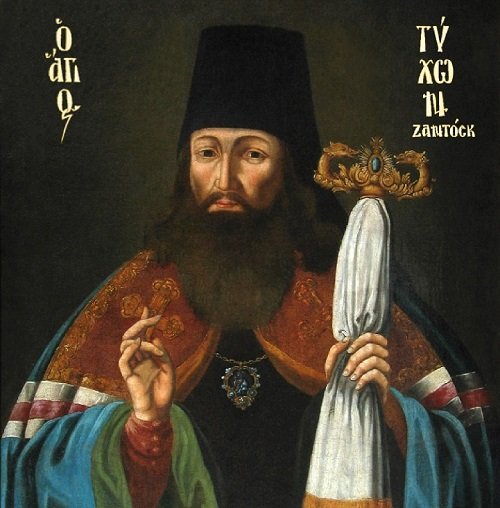 Calumny is a great evil. It’s very wicked when other people attack and smear you. It happens. Suddenly. Out of the blue. Sometimes it’s God’s just verdict on us; sometimes it isn’t.

In the first instance, when we’ve also been at fault, when we’ve also committed bad acts and actions by attributing to others allegations similar to those they ascribe to us, we really shouldn’t dwell on how much we’re suffering, but we should rather concern ourselves with putting things to rights. That includes ourselves. Then the invective against us will cease.

In the case where we’re being slandered harshly, while we don’t remember ever committing such offences against others, it’s natural to feel bad. But even then it perhaps behooves us to consider whether we’re really as innocent as we imagine ourselves to be. Have we, perhaps, judged and condemned others? Never forget: we’ll be measured in the same way as we measured others; and we’ll be judged on the basis of our sins.

At the same time, we shouldn’t forget something else. Every attack against us isn’t only something bad. It’s also a benefaction. It helps us become better, to acquire humility. Saint Paul says (2 Cor. 12, 7) that a wicked tongue, a tongue laced with venom, is a ‘messenger of Satan’ sent by God to pummel us in order to stop us becoming conceited. To help us contain our pride, the wonderful idea we have about ourself, our self-satisfaction.

God allows this to make us take a good look at ourselves. Because it’s only when we peer into our inner world, investigate the way we react to such things that we’ll be able to understand what’s concealed within us: rage and anger, or kindness and meekness? Do you respond to invective and slander against you with malice and bitterness? Clearly, you have a lot of rage and anger within you. Do you respond with patience and forbearance” You have peace and meekness within you.

So may we never forget: being cursed, slandered and affronted helps us to understand what we have within us; it helps us to see our inner world.

Most viewed articles
Patriarch Daniel explains why the Hesychasts were the most sought-after spiritual fathers and what is a prayerful reason142
The Trap of Religiosity121
Bishop Nicholas of Manhattan visits Holy Cross Monastery in West Virginia87
Why Everything Is Important (but not the stuff you might imagine)82
25 Years of Help: the Ship-Church Goes On its 25th Voyage to Distant Villages51
Condolences of Patriarch Kirill over the death of believers in the fire that broke out in Abu-Seifein Church in Cairo46
St. Tikhon Church to host Liturgical Music Symposium in October 202245
The Transfiguration – Glory and Sacrifice28
Ukrainian Church Celebrates Metropolitan Onuphry’s 8th Anniversary of His Enthronement25
Most popular authors
Pravmir.com team254
Aurelian Iftimiu142
Vasileios Stoyiannos121
Archpriest Stephen Freeman82
Priest Luke A. Veronis28