Pravmir.com team | 22 September 2019
Punishment should be proportionate to the violation of the law, and the authorities should impose additional liability on the person, rather than exempting him/her from it 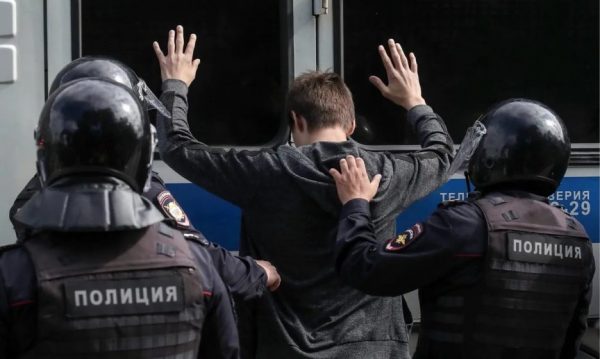 He has told you, O mortal, what is good;

and what does the Lord require of you but to do justice,

and to love kindness, and to walk humbly with your God?

In fulfilling our pastoral duty of mourning for the prisoners, we, the priests of the Russian Orthodox Church, each on our own behalf, consider it our duty to express our belief in the need to review the judicial decisions in the form of prison sentences awarded to a number of defendants in the “Moscow case”.

One of the convicts, Konstantin Kotov, without having committed any violent acts against the authorities or other citizens was subjected to unprecedented cruel punishment. All of this man’s “criminal” activities consisted of interceding for other prisoners, but only by peaceful means. We were extremely disappointed to learn that one piece of physical evidence taken from him was a homemade poster with the words of Archpriest Aleksandr I, “Forgiveness is what we call for” and a call to exchange prisoners with Ukraine. 29 years after the murder of Father Aleksandr, the investigation of which was inconclusive, his words continue to be relevant and sound like a reproach to our bitter and twisted society. As for the exchange of prisoners between Russia and Ukraine, which took place after the arrest and trial of Konstantin Kotov, he was unequivocally supported by the Russian Orthodox Church, and it is absolutely ridiculous to try and consider it as a call for illegal actions.

We are completely bewildered by the judge’s refusal to include a video recording proving Konstantin Kotov’s innocence and contradicting the testimony of police officers who repeat each other word for word. We want to remind everyone who has testified or who will testify on this and other matters of Scripture: “A false witness shall not be unpunished, And he that speaketh lies shall perish.” (Proverbs 19.9). but they found none, though many false witnesses came forward. At last two came forward (Matthew 26.60).

We hope that other defendants in the case, who are awaiting trial and are not accused of violence (in particular Alexey Minyailo, an Orthodox man actively involved in social and charitable work), will be cleared of all charges and released in the near future.

We strongly oppose any manifestation of violence, both by demonstrators and by the authorities, whose responsibility it is to ensure the safety of citizens, including the demonstrators themselves.

With regards to the defendants in the “Moscow case”, we are shocked and puzzled by the court’s sentences in comparison to other, much more lenient sentences handed down by the Russian courts to those accused of far more serious crimes. We believe that punishment should be proportionate to the violation of the law, and the authorities should impose additional liability on the person, rather than exempting him/her from it. Otherwise, justice itself turns into a joke and “mass disorder”.

We want to strongly express the hope that Russian citizens will live with confidence in a judicial system that is just and impartial regardless of the social, economic and political status of the suspect or the accused. The court must be able to protect the citizen from the arbitrariness of the executive power and law enforcement agencies, otherwise their very existence turns into mere decoration and formality.

We appeal to those with judicial power who serve in the law enforcement agencies of our country. Many of you were baptised in the Orthodox Church and consider yourselves believers. Judicial proceedings should not be repressive, courts should not be used as a means of suppressing dissent, and the use of force should not be carried out with unjustified cruelty.

We are expressing our concern that the sentences handed down are more likely to intimidate Russian citizens than to be a fair trial to the defendants themselves. Paul the Apostle links fear to the human condition of slaves: “The Spirit you received does not make you slaves, so that you live in fear again” (Romans 8:15), and John the Apostle wrote: “There is no fear in love; but perfect love casts out fear, because fear involves punishment, and the one who fears is not perfected in love.” (1 John 4:1). You cannot build a society of free, loving people on intimidation.

We call on everybody to pray for the prisoners and for those who have the fates of these prisoners resting in their hands, for Russia, its authorities, its army and its people. May God bless us all with His peace and give us the strength and determination to respect and love each other.

The collection of signatures continues on social media