Orthodoxy on Other Christians… 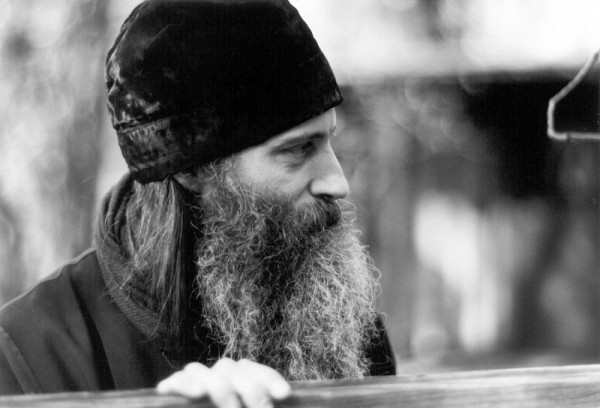 A few years before he died, Fr. Seraphim received a letter from an African-American woman who, as a catechumen learning about Orthodoxy, was struggling to understand the uncharitable attitude that some Orthodox Christians showed to those outside the Church, an attitude which reminded her of how her own people had been treated.

“I am deeply troubled,” this woman wrote, “as to how Orthodoxy views what the world would call Western Christians, i.e., Protestants and Roman Catholics. I have read many articles by many Orthodox writers, and a few use words like ‘Papists,’ etc., which I find deeply disturbing and quite offensive. I find them offensive because as a person of a race which has been subjected to much name-calling I despise and do not wish to adopt the habit of name-calling myself. Even ‘heretic’ disturbs me….

“When I ask this question, I cannot help but think of St. Innocent of Alaska as he visited the Franciscan monasteries in California. He remained thoroughly Orthodox yet he treated the priests he met there with kindness and charity and not name-calling. This, I hope, is what Orthodoxy says about how one should treat other Christians.”

This woman’s quandary was actually fairly common to people coming into the Orthodox Faith. Now nearing the end of his short life and having thrown off his youthful bitterness, Fr. Seraphim answered as follows:

I was happy to receive your letter—happy not because you are confused about the question that troubles you, but because your attitude reveals that in the truth of Orthodoxy to which you are drawn you wish to find room also for a loving, compassionate attitude to those outside the Orthodox Faith.

I firmly believe that this is indeed what Orthodoxy teaches….

I will set forth briefly what I believe to be the Orthodox attitude towards non-Orthodox Christians.

About those Christians who are outside the Orthodox Church, therefore, I would say: they do not yet have the full truth—perhaps it just hasn’t been revealed to them yet, or perhaps it is our fault for not living and teaching the Orthodox Faith in a way they can understand. With such people we cannot be one in the Faith, but there is no reason why we should regard them as totally estranged or as equal to pagans (although we should not be hostile to pagans either—they also haven’t yet seen the truth!). It is true that many of the non-Orthodox hymns contain a teaching or at least an emphasis that is wrong—especially the idea that when one is “saved” he does not need to do anything more because Christ has done it all. This idea prevents people from seeing the truth of Orthodoxy which emphasizes the idea of struggling for one’s salvation even after Christ has given it to us, as St. Paul says: Work out your own salvation with fear and trembling [Phil. 2:12]. But almost all of the religious Christmas carols are all right, and they are sung by Orthodox Christians in America (some of them in even the strictest monasteries!).

The word “heretic” is indeed used too frequently nowadays. It has a definite meaning and function, to distinguish new teachings from the Orthodox teaching; but few of the non-Orthodox Christians today are consciously “heretics,” and it really does no good to call them that.

In the end, I think, Fr. Dimitry Dudko’s attitude is the correct one: We should view the non-Orthodox as people to whom Orthodoxy has not yet been revealed, as people who are potentially Orthodox (if only we ourselves would give them a better example!). There is no reason why we cannot call them Christians and be on good terms with them, recognize that we have at least our faith in Christ in common, and live in peace especially with our own families. St. Innocent’s attitude to the Roman Catholics in California is a good example for us. A harsh, polemical attitude is called for only when the non-Orthodox are trying to take away our flocks or change our teaching.…

As for prejudices—these belong to people, not the Church. Orthodoxy does not require you to accept any prejudices or opinions about other races, nations, etc. 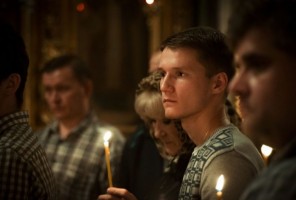 How to Live the Good Life…
Priest Anthony Perkins

“How must I live to enjoy eternal life?” Let’s be honest, this is not the kind… 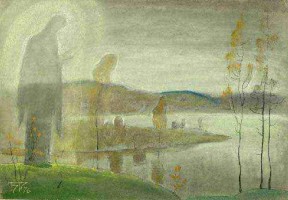 The Salvation of the Soul is…
Archpriest Octavian Moshin

All our concerns about “daily bread” should be equal to what is necessary for our existence,…

“Why, then,” he asked, “do the Orthodox submit to such regulations: ‘Do not eat (this or…

Thirst for the Holy Spirit: On the Feast of Mid-Pentecost

For too many of us, perhaps, the weeks following the radiant Feast of the Resurrection of our Lord…

The soul that comes to Orthodoxy today often finds itself in a disadvantaged or even crippled state. Often…

The Holy Fathers of Orthodox Spirituality

We must face squarely a painful but necessary truth: a person who is seriously reading the Holy Fathers…