Salvation Is Indeed By Grace

Source: modeoflife
“Why, then,” he asked, “do the Orthodox submit to such regulations: ‘Do not eat (this or that),’ or ‘Do this, that, and the other thing,’ in order to be a ‘good Christian’? Isn’t it enough to ‘love God and my neighbor as myself’?”
Archpriest John Breck | 01 April 2014 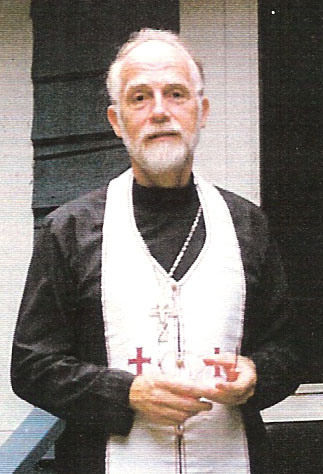 At a recent, post-liturgical coffee hour, a catechumen raised a question that has troubled many people who were brought up in a Protestant environment and at some point found themselves drawn to Orthodoxy. “If we are saved by grace, and not by works,” he asked, “why does the Orthodox Church put so much stress on ascetic practice? Why should it be necessary, or even useful, to fast as we do, to make countless prostrations during Great Lent, to stand for hours through long services, and even to give so much money to the Church?” (He was preparing to enter a parish in the Southern Diocese, where tithing is usually considered an important part of personal spiritual discipline.) Then he added, “Aren’t all these things works? And what happens if I don’t do them? Am I cast out of the Kingdom and basically condemned to hell?”

The discussion went on for some time, until the coffee ran out and most people went home. He stayed, though, and continued his questioning with the priest, who later admitted he had the feeling that on some level this catechumen was getting the better of him.

Finally the man pulled out a pocket Bible and opened to Colossians 3. Selecting a few verses to make his point, he read: “Why do you submit to regulations, ‘Do not handle, Do not taste, Do not touch’ (referring to things that all perish as they are used), according to human precepts and doctrines? These have indeed an appearance of wisdom in promoting rigor of devotion and self-abasement and severity to the body, but they are of no value in checking the indulgences of the flesh.”

“Why, then,” he asked, “do the Orthodox submit to such regulations: ‘Do not eat (this or that),’ or ‘Do this, that, and the other thing,’ in order to be a ‘good Christian’? Isn’t it enough to ‘love God and my neighbor as myself’?”

It was a good question. While there’s a perfectly reasonable and satisfactory answer to his objection, it seems worthwhile for all of us to think about these things, in an effort to understand just why ascetic practice and spiritual discipline in general are so important in Christian life.

Our rebellion against God and his will touches every aspect of our existence. “Sin” or “sinfulness” is not just an accumulation of specific acts of disobedience or willfulness that in some way violate the commandments. It is more than the sum total of our individual sins. Those sins are symptomatic of something broader and deeper that virtually defines us, that characterizes our every act and attitude. Sin is a state of being that permeates all aspects of our life, conscious and unconscious, physical as well as spiritual. In fact, the distinction we usually make between what is physical and what is spiritual is artificial and misleading. The human person can only be understood holistically. Our bodily gestures affect our psycho-spiritual disposition, just as our spiritual state can affect our body. Nothing attests to this fact more eloquently than the Orthodox service of Holy Unction, with its emphasis on the forgiveness of sins as integral to the quest for healing.

This point brings us back to the question of ascetic discipline and the place of “works” in our salvation. First of all, it is important to recognize that the apostle Paul is speaking to the Colossians about performing religious rituals prescribed either by the Torah, Hebrew law, or by pagan forms of worship. The admonition, “Don’t handle, taste or touch,” has to do with various religious practices that were considered by many as necessary to enter into the sacred realm of divinity. Repeatedly (especially in his letters to the Romans and Galatians), Paul insists that our salvation is accomplished wholly and uniquely by Christ: by his voluntary death on the Cross, by which he descended into the realm of death (Sheol), in order to defeat the powers of death and corruption. This is a work of pure grace that only God can accomplish. And this is why it is so essential to recognize and accept the fact that Jesus of Nazareth is truly the incarnate, eternal Son of God. Our salvation is made possible precisely by the “work” of the Holy Trinity, a work no created being can accomplish.

So we, as Orthodox Christians, affirm as clearly and unambiguously as any Lutheran, for example, that “salvation is by grace” and not by our works. Unlike medieval Catholicism, Orthodoxy does not hold that a person can build up a “treasury of merits” that will count in our favor at the Judgment Seat of Christ. What will matter then is our having surrendered our sin to God through confession, and our gestures of love (Mt. 25), together with the unshakable conviction that “Jesus Christ is Lord,” and the unique Way to eternal life.

Orthodoxy does recognize, however, the importance of our “cooperation” with God, what we term “synergy.” “Salvation,” as we usually understand the word, is only the beginning of a pilgrimage that leads us through this life, through our physical death, and into life beyond. Salvation, accomplished by the death and resurrection of Christ, means freedom from the consequences of our sinfulness: separation from the holiness and love of the God who desires only that we be saved and enter into eternal and joyful communion with himself. If we were not continually tempted to fall back into sin, there would be no need for such a “synergy.” Then we could declare, with absolute confidence, “once saved, always saved!” Temptation and spiritual struggle, however, mark every day of our life. And the way we face and, by the grace of God, overcome those forces (demonic powers), is precisely through the “spiritual warfare,” the ascetic struggle that enables us to confront those forces day by day and overcome their destructive influence.

This is why, in the same letter to the Colossians, the apostle can declare: “I rejoice in my sufferings for your sake, and in my flesh I complete what is lacking in Christ’s afflictions for the sake of his body, the Church” (1:24). We may not suffer as Paul did, risking our very life for the gospel, enduring torture, hardship, hunger and rejection by one’s own people. Nevertheless, our small efforts, of fasting, prostrations, intense participation in long liturgical services — like almsgiving and other acts of love offered to those in need — enable us also to share in Christ’s own sufferings, which he will endure in us and for us until he comes again in glory. That participation is essential; yet it is not the means by which we are saved.

The final word, as so often, comes from our Lord himself. Condemning the Pharisees for their hypocritical observance of empty ritual, he accuses them of performing small religious acts while “neglecting the weightier matters of the law: justice and mercy and faith.” And he concludes, “These you ought to have done, without neglecting the others” (Mt 23:23). Those “others” include precisely the sorts of ascetic practices Orthodox tradition calls us and invites us to assume — not to achieve salvation, but to bring heart, soul, mind and body into harmony with the ineffable gift of salvation that Christ has already offered to us.