How to Overcome Despondency

Source: Orthodox America
Despondency can also be a kind of testing that comes to us as we walk towards the Lord. In spiritual life, this type of despondency is quite common. Here, explain the holy ascetics, the grace of God conceals itself for a time in order to train a person to strengthen his spiritual forces, and, at the same time, to compel him to seek the Lord more zealously and to love Him more ardently, for only in Him is there peace and true happiness.
Bishop Arsenius (Zhadanovsky) | 03 July 2014 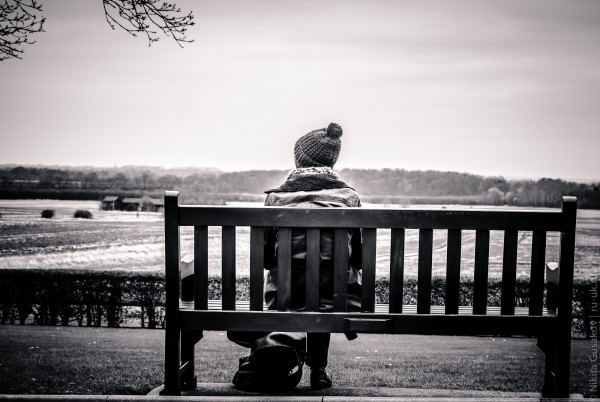 Despondency springs from various sources, primarily from our physical illnesses. In this case, despondency is suppressed by spiritual inspiration, spiritual interests. The spirit is willing, but the flesh is weak, it says in Scripture. The holy Apostle Paul was beset by a physical infirmity: [T]here was given to me a thorn in the flesh, he says, …to buffet me (II Cor. 12:7). Saint John Chrysostom takes “thorn in the flesh” to mean a severe headache. However, the same Apostle Paul testifies, …when I am weak, then am I strong (II Cor. 12:10), because he was wholly caught up in serving the Lord. Our bodily infirmities and the resultant despondency can be overcome only by the strengthening grace of God.

Despondency can also stem from a diminution of the powers of the soul, from loss of faith, from moral falls, from our sinfulness. The counsel in such cases is: to take a hair of the dog that bit you, i.e., replace unbelief with firm belief in the Lord, change your bad ways to good ways, work to become morally renewed, spiritually energized and born again; repent and partake of the Holy Mysteries of Christ, and you will destroy despondency. To this second type of despondency can also be referred cases when it arises from grief, illnesses and misfortunes. Here, too, one can discern insufficient faith in the Lord and His Providence, and an excessive attachment to earthly things.

There is yet another type of despondency, one that afflicts people who are troubled by carnal sin. Here despondency is rooted, on the one hand, in a sickly condition, in physical weakness, and on the other hand, in spiritual faintheartedness, in spiritual emptiness. The remedy for this type of despondency lies partly in the physical strengthening of the organism. However, this type of despondency is very persistent and can turn into a chronic disposition. This is undoubtedly due to the fact that the underlying causes have disordered our entire psyche: they dull the memory and enfeeble the will. For this reason, we must draw upon ourselves as much of God’s all-healing power as possible, for it alone is capable of restoring spiritual and physical strength.

Further, despondency can also be a kind of testing that comes to us as we walk towards the Lord. In spiritual life, this type of despondency is quite common. Here, explain the holy ascetics, the grace of God conceals itself for a time in order to train a person to strengthen his spiritual forces, and, at the same time, to compel him to seek the Lord more zealously and to love Him more ardently, for only in Him is there peace and true happiness. This type of despondency is overcome by means of internal warfare. One must struggle against despondency, chase it away, not succumb to it; one must pray, compelling oneself if necessary, because despondency stifles all desire for prayer; one must entreat the Lord to banish from us despondency: by Thy holy angels drive away from me demonic despondency” (Fourth Prayer Before Sleep of Saint Macarius the Great). This type of despondency affects people who are not firmly grounded in spiritual life. However, it also strikes those renowned for their spiritual experience, when they are seized by a spirit of conceit and spiritual pride – from which may God protect us. In such cases, despondency is not so much a form of testing as it is a form of punishment by God, and often this despondency results in grave consequences: in a complete falling away from the Lord, in despair, and even suicide. However, in all types of despondency our physician is the Lord, and understandably so, for the Lord is our comfort, our joy, our gladness and our consolation.

One must not delay in warring against despondency, for the next step after despondency is despair – which leads to perdition. The melancholy and despondency that visit us from time to time are precursors of that melancholy that will prevail in the last times; as it says in the word of God, there will be great tribulation, such as was not since the beginning of the world. Now just imagine the spiritual state of the people of the last times!

From the book, Svete Tikhi. Reprinted in and translated from Blagovestnik, San Francisco, Aug-Sept 1997.