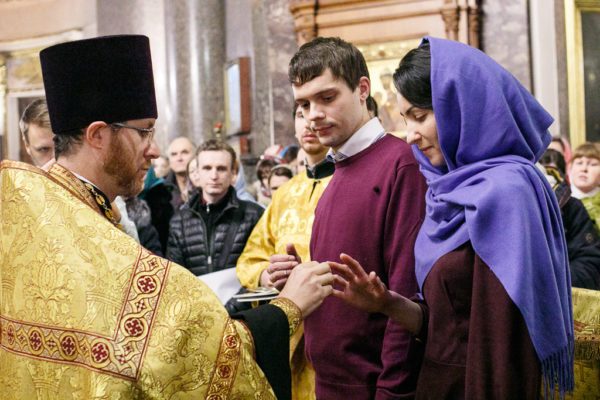 The Christian family is a little church. The marriage bond is a holy bond, not merely a sexual relationship. Hence the importance of educating the family, both parents and children, and raising them spiritually and educationally.

Marital preparation before the marriage has become an urgent matter, as has follow-up after the marriage and keeping up with couples in their daily life under the pressure of the challenges imposed upon us by our time.

Thus there is a need for committed and spiritually and culturally mature pastors who are capable of giving proper guidance.

Among the pressing factors of our time:

1) Social media, which has made it much easier for people to get to know each other, though this is not always with proper intent. For this reason, social media has caused many marital conflicts which have sometimes led to divorce. Additionally, this media has opened the way for long-distance marriage, which is something unacceptable.

2) The economic crisis, consumerism, the woman’s having to work.

3) The influence of customs of the diaspora and a lack of dedication to our Eastern Christian heritage and tradition.

4) Hastiness, in many cases, in the matter of the engagement.

5) The absence of marital pastoral care before and after the marriage.

Where is the treatment for all this? We have said that we need pastors with ample appropriate training to accompany the spouses before and after marriage. There is an important proposal to establish a committee, association or network, which can itself be a committee specialized in marital preparation, whose task is to exchange experiences and emerging studies and which has a common program with other dioceses under the supervision of the Holy Synod. Its members must have training from the following fields: law, medicine, spirituality, sociology, culture, and psychology…

Beloved, marital fidelity is not easy in this “wicked and corrupt generation.” Faithfulness comes first of all from commitment to Christian principles and dedication to the practice of the Church. We must avoid bad or tempting cohabitations.

Without prayer, without a god, no marriage can have any sanctity.

Children are always the victims of divorce and their psychological health is inevitably affected. The good leaven that the spouses taste is not at the beginning of their marriage but at the end of their life, if they have guarded their faithfulness to the last breath.

Once I asked an elder, "Why do you flee to the desert? Why don't you remain in the…

"Our life is hidden with Christ in God" (Colossians 3:3) Christ God came, suffered, was crucified and rose…

Christ's death and resurrection are the content and foundation of our faith; a historical event with many witnesses,…