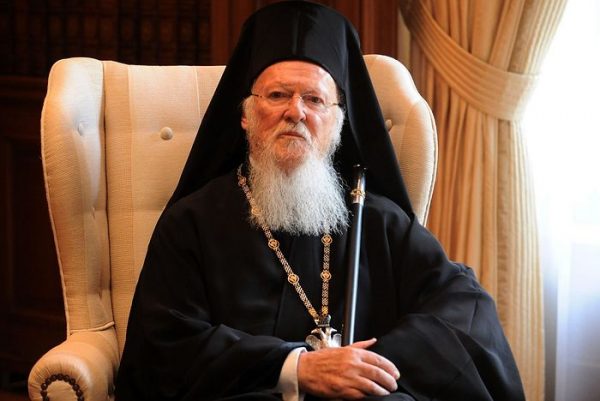 In the letter he wrote on the 17th of May, the Ecumenical Patriarch pointed out that, during the period of the pandemic, the Church accepted that the services be performed without the presence of the faithful for their protection, reports Orthodox Times.

However, he noted that, in the meantime, many unprecedented views were heard on how to offer the Holy Communion to the faithful: “We cannot remain indifferent to this,” he said. He also highlighted that the Orthodox Church has been abiding by the guidelines given by health and political authorities and that it would continue to do so provided that the essence of our faith is being respected. “The Church can be understanding with all matters on its way to the Cross. But it will never abandon the Cross as long as the Eucharist is called into question,” he added.  In addition, he pointed out that the Eucharist was the revelation and experience of the mystery of the Church: “The Lord Himself, by giving us His Body and Blood through the Eucharist, welcomes us to His Kingdom in Heaven.”

Finally, the Ecumenical Patriarch concluded that he would communicate with the primates of the Orthodox Churches in order to listen to their thoughts on the matter. As a result, they will be able to follow the same spiritual path and to deal with the matter concerning the receiving of Holy Communion that has been lately challenged.

Most viewed articles
Metropolitan Hilarion of Eastern America and New York to Be Buried in Jordanville on May 22161
Patriarch Kirill: The Peoples of Russia and Ukraine Have No Interest in the Conflict155
Metropolitan Hilarion of Eastern America and New York Reposes in the Lord117
Communion restored between the Serbian Orthodox Church and the Macedonian Orthodox Church – Ohrid Archbishopric117
What Do We Celebrate at Mid-Pentecost?100
Metropolitan Onuphry: One Needs to Search for the Truth in Spiritual Life, not Easy Ways93
Celebrating 100 Years with Paschal Joy62
Patriarch of Serbia to Concelebrate with Archbishop Stephen of Ohrid37
Family Life and Spiritual Warfare15
Most popular authors
Pravmir.com team679
Ioannis Foundoulis100
Priest Luke A. Veronis62
Archpriest Michael Gillis15
Maria Trushanina1