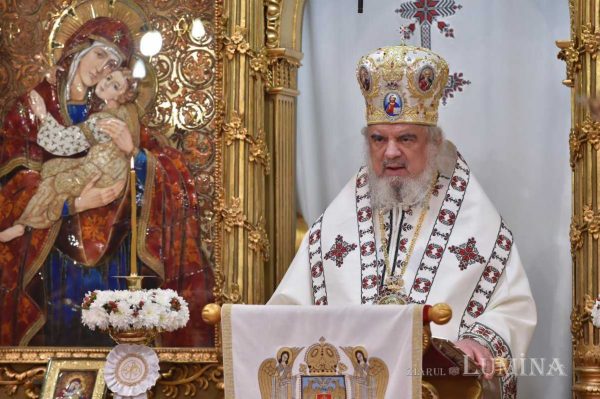 At the Agape Vespers on the day of Holy Pascha, Patriarch Daniel noted that the Gospel shows us the crucified and risen Christ actively working and willing to meet those who believe in Him and love Him.

Why? “So that He would not put pressure through His visible presence on those who rejected, denied and humiliated Him,” the Romanian Patriarch said, quoting an explanation by St. John Chrysostom.

Christ respects the freedom of those who have rejected Him

“Christ respects the freedom of those who have rejected and humiliated Him, waiting until the end of time, on the day of Universal Judgement, to repent, if they wish,” the Patriarch continued.

“Christ respects people’s freedom to accept or reject Him. However, his final judgement shows us that He also respects His own freedom, not only ours, namely, the freedom to evaluate what we have done with our freedom.”

“Has freedom brought us closer to God, or has it taken us further away? Has it helped us do more good to our fellow human beings, or by freedom have we treated them with forgetfulness, indifference and ignorance?” His Beatitude asked rhetorically.

“God proposes salvation but does not impose it. He does not force man but invites him to receive salvation by faith, through the Sacraments and good works.”

The Gospel read in 9 languages

Patriarch Daniel celebrated the Paschal Agape Vespers, also known as the “Second Resurrection”, on Sunday at the Patriarchal Cathedral together with Bishop Qais Sadiq of Erzurum (Antioch Patriarchate), Patriarchal Auxiliary Bishops Varlaam of Ploiesti and Ieronim of Sinaia, and Assistant Bishop Timotei of Prahova (Archdiocese of Bucharest).

The Gospel reading was proclaimed in nine languages, including Romanian, Greek, Arabic, Latin, Hebrew, English, Italian, Spanish and French. This tradition shows that Christ did not come only for the Jews but for all the peoples of the world who will believe in Him, love Him and be part of His Church, the Patriarch of Romania explained.

During his sermon, His Beatitude Patriarch Daniel also said that the Body of the Saviour, after the Resurrection, was “completely free, the opacity of matter was removed”, and thus the entry through the locked doors to the Apostles is explained: “Time and space are no longer obstacles to His communion with those who believe in Him and love Him”. Another topic was that of sending the Apostles to continue preaching the Gospel throughout the world.