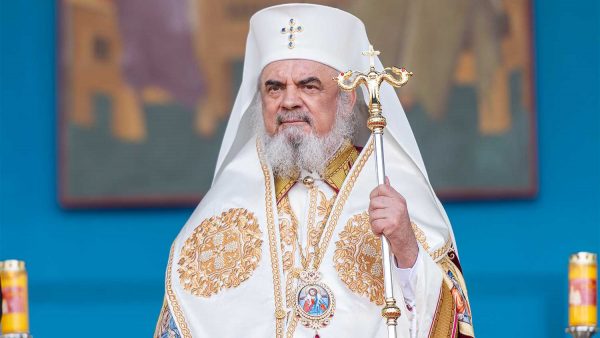 Thirty-two years ago, His Beatitude Patriarch Daniel was ordinated to the episcopate at the Metropolitan Cathedral in Timisoara.

Patriarch Daniel, the sixth leader of the Romanian Orthodox Church, was born on 22 July 1951, in Dobreşti village, Bara commune, Timiş County, as the third child of teacher Alexie and his wife Stela Ciobotea.

Between 1974 and 1976, he attended PhD courses at the Orthodox Theological Institute in Bucharest, under the guidance of Rev. Prof. Dumitru Stăniloae. He continued his studies abroad at the Faculty of Protestant Theology, University of Human Sciences in Strasbourg, France, and at Albert Ludwig University in Freiburg im Breisgau, Germany.

In 1987, he entered the monastic life at the Sihăstria Monastery, Neamţ County, receiving the name of Daniel under the mantle of Elder Cleopas Ilie. He was ordained to the diaconate on 14 August 1987 and was ordained a priest the next day.

On 4 March 1990, he was ordained Assistant Bishop to the Archdiocese of Timişoara, with the title of Bishop of Lugoj. On 7 June 1990, he was elected Archbishop of Iaşi and Metropolitan of Moldavia and Bukovina. His enthronement ceremony was held the next month.

On 12 September 2007, the Church Electoral College elected Metropolitan Daniel as Archbishop of Bucharest, Metropolitan of Muntenia and Dobrudja, Locum Tenens of the Throne of Caesarea in Cappadocia, and Patriarch of the Romanian Orthodox Church.

His Beatitude’s enthronement ceremony took place Sunday, 30 September 2007, on the feast of Saint Gregory the Enlightener of Greater Armenia, at the Patriarchal Cathedral in Bucharest.

The construction of the Romanian People’s Salvation Cathedral, the national ideal His Beatitude received from his predecessors, is a landmark among Patriarch Daniel’s achievements.

Patriarch Daniel’s outstanding theological and pastoral views were manifested during the Holy and Great Council of Crete. He supported the principle of conciliarity as a canonical norm at a pan-Orthodox level.