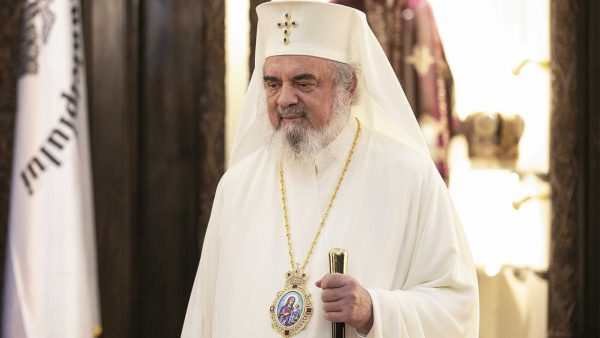 Solemn blessing for the Conference of Romanian Clergy in America: full text

The online clergy conference, organized by the two dioceses of the Romanian Orthodox Metropolis of the Americas, on August 27-28, 2021, offers us a new opportunity to convey our word of spiritual blessing and strengthening to Romanian Orthodox priests and believers living far from the country on American soil.

Expressing the pastoral responsibility for the Orthodox Romanians everywhere, the Holy Synod of the Romanian Orthodox Church declared 2021 as a Solemn Year of the pastoral care of Romanians outside Romania.

The Romanian Orthodox Church has shown a special concern for the Romanian Orthodox communities outside the country, materialized by the establishment of numerous new parishes and dioceses to meet the spiritual needs of Romanian Orthodox believers temporarily or permanently settled outside Romania, especially in the United States of America and Canada, to preserve their religious, ethnic, linguistic and cultural identity.

With much fatherly love, we urge Orthodox Romanians living on the American continent to stay in constant contact with their loved ones who remained at home so that the great geographical distances do not cause spiritual distancing or alienation of one from another and to maintain the unity of the Orthodox Christian family.

We remind you that the Holy Synod of the Romanian Orthodox Church has declared 2021 a Commemorative Year of those asleep in the Lord to highlight and promote the liturgical and cultural value of cemeteries.

Prayers for those who have fallen asleep in the Lord and the respect for graves are sacred practices of the Church, based on the Holy Scriptures and the Tradition of the Church.

These prayers are not mere human customs but are an expression of Orthodox faith and humble and merciful love for those asleep in Jesus Christ, the Crucified and Risen Lord.

In this sense, the last article of the Orthodox Creed, “I look for the resurrection of the dead and the life of the world to come,” as well as the liturgical life of the Church urge us all to cultivate the veneration of the souls of our loved ones who reposed in the Lord, to care for their graves, and thus contribute to the preservation of our culture and ethnic identity.

In particular, we express our admiration and appreciation to His Eminence Metropolitan Nicolae and His Grace Bishop Ioan Casian, to the servants of the Holy Altar and all members of the Romanian Orthodox communities on the American continent for their pastoral and missionary work, for the preservation and cultivation of the Orthodox Christian faith and the Romanian spiritual and cultural values.

We bless the work of the Pastoral-Missionary Conference of the Clergy of the Romanian Orthodox Metropolis of the Americas, and we pray to the Most Holy Trinity to grant you all light and peace, joy and much help in the pastoral and missionary work you carry out.

With much appreciation and paternal blessing,