Source: ROCOR
Patriarch Kirill of Moscow and All Russia | 20 September 2022 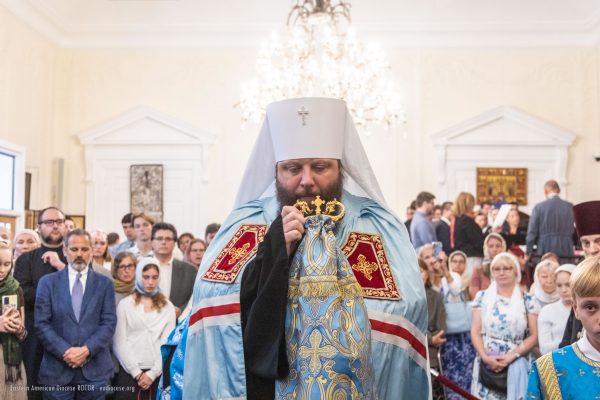 To His Eminence Metropolitan Nicholas of Eastern America and New York,
First Hierarch of the Russian Orthodox Church Outside of Russia

Your Eminence, Dear in the Lord Vladyka:

Over the years since the signing of the Act of Canonical Communion, a great deal has been accomplished in strengthening the restored unity of the Russian Church, “that we may with one mind and one mouth glorify God, even the Father of our Lord Jesus Christ” (Romans 15:6). Your predecessors of blessed repose-Their Eminences Metropolitans Laurus and Hilarion-contributed greatly to this God-pleasing work, having served greatly to foster fraternal love and mutual understanding. Now You are called by the Lord to continue their blessed labors. Hoping for the mercy of God, we will jointly care for the spiritual maturation and salvation of all faithful children of the Russian Church in the Fatherland and in the diaspora.

I share the joy with the episcopate, clergy, monastics and laity of the Russian Church Abroad over Your elevation to the Primatial cathedra and augment prayers to the Chief Pastor Christ for the strengthening of Your powers and the granting to You of all that is needful for fulfilling the lofty ecclesiastical obedience imposed upon you.

+KIRILL,
PATRIARCH OF MOSCOW AND ALL RUSSIA