Bishop Nicholas, Newly-elected Primate of ROCOR, Elevated to the Rank of Metropolitan 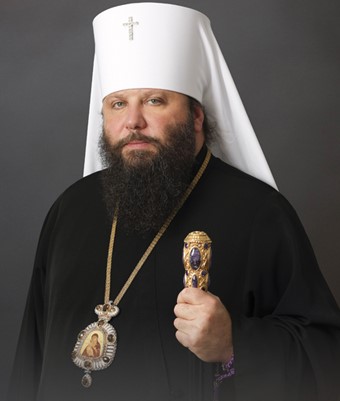 On Saturday, 17 September, 2022, at the end of all-night vigil at the Synodal Cathedral of Our Lady “of the Sign” in New York, His Grace Bishop Nicholas of Manhattan, newly-elected First Hierarch of the Russian Orthodox Church Outside of Russia, emerged through the Royal Doors to the ambo in his black klobuk and common episcopal mantle. His Eminence Metropolitan Mark of Berlin and German and His Eminence Archbishop Kyrill of San Francisco and Western America then endowed the blue mantle and white klobuk to him, which he donned with the aid of attending subdeacons.

On Sunday, 18 September, during Divine Liturgy at the Synodal Cathedral, the enthronement of His Eminence Metropolitan Nicholas of Eastern American and New York will take place, elected by the Council of Bishops of the Russian Orthodox Church Outside of Russia as its First Hierarch.