His Beatitude Metropolitan Onuphry was presented with a church award.
Pravmir.com team | 22 June 2021 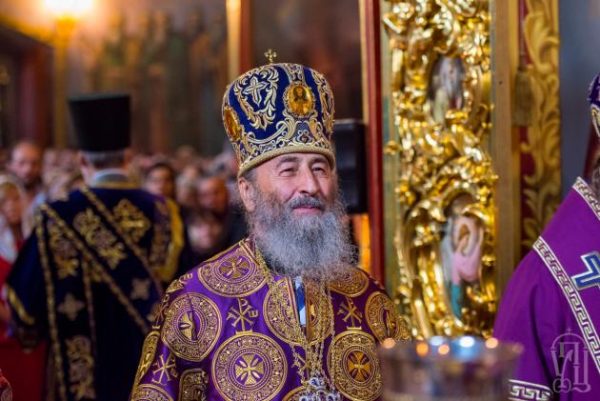 His Holiness Patriarch Kirill of Moscow and All Russia congratulated His Beatitude Metropolitan Onuphry of Kiev and All Ukraine on the 50th anniversary of his ordination. In consideration of his labors and in connection with this significant date, His Holiness Patriarch Kirill honored the Primate of the Ukrainian Orthodox Church with a church award.

This was stated in the Patriarch’s congratulatory letter sent to His Beatitude Metropolitan Onuphry on June 20, 2021.

“Your Beatitude, beloved in the Lord, Vladyka! Please accept my sincere congratulations on this significant date – the half-century anniversary of your service in the holy dignity. Having loved the Lord with all your heart and having understood that everything is from Him, through Him and to Him (Rom. 11:36), you decided to receive theological education and to devote your life to the Creator of all. Soon you renounced the world and those who exist in the world, so that without blemish, without condemnation and unambiguousness to fulfill the intention of the monastic image (following the monastic tonsure), you were ordained to the priesthood and began to fulfill various obediences,” Patriarch Kirill said in his letter to His Beatitude Metropolitan Onuphry.

“Your labors found favor in the eyes of God, and years later He called you to the highest degree of church service. For more than thirty years you have been doing archpastoral work in Ukraine, convincingly testifying to both those who are near and those who are far, about the beauty of the Orthodox faith, protecting the flock of Christ’s verbal sheep from divisions and temptations contrary to the doctrine (Rom. 16:17),” the Primate of the Russian Orthodox Church continued.

“Over the past years, under your wise leadership, much has been done indeed for the development of church life: new churches have been restored and built, monasteries have been revived, educational, catechism and social service is being carried out. You are invariably open to dialogue and interaction with government bodies and public institutions, representatives of science, education and culture. In consideration of your hierarchal labors and in connection with this significant date, I believe it is fair to confer upon you the Order of the Venerable Seraphim of Sarov (1st degree),” said His Holiness Patriarch Kirill.

“May the Lord Almighty renew your spiritual and physical strength, bestow courage and His unfailing help in your further archpastoral work for the benefit of the Church,” concluded the Primate of the Russian Orthodox Church.