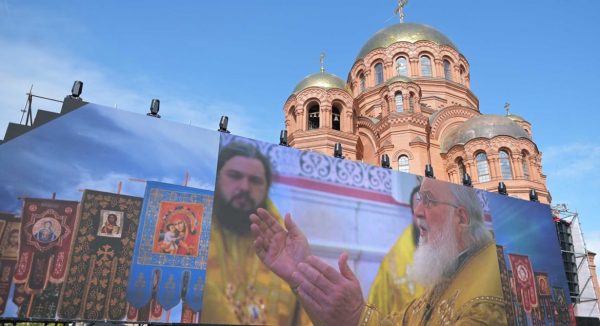 On Sunday, September 19, 2021, during his visit to the city, His Holiness Patriarch Kirill of Moscow and All Russia consecrated the restored St. Alexander Nevsky Cathedral in Volgograd. 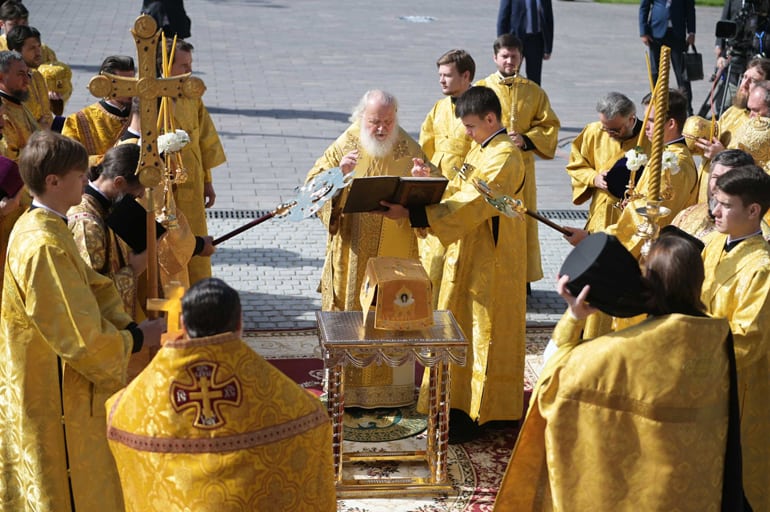 At the end of the service, the Primate of the Russian Orthodox Church led a cross procession around it, after which he presided over the Divine Liturgy in the newly consecrated cathedral.

“I congratulate all of you on a historic day for the city of Volgograd, for our country, for our Church – the consecration of the reconstructed church of the Holy Blessed Grand Prince Alexander Nevsky,” said the Patriarch. 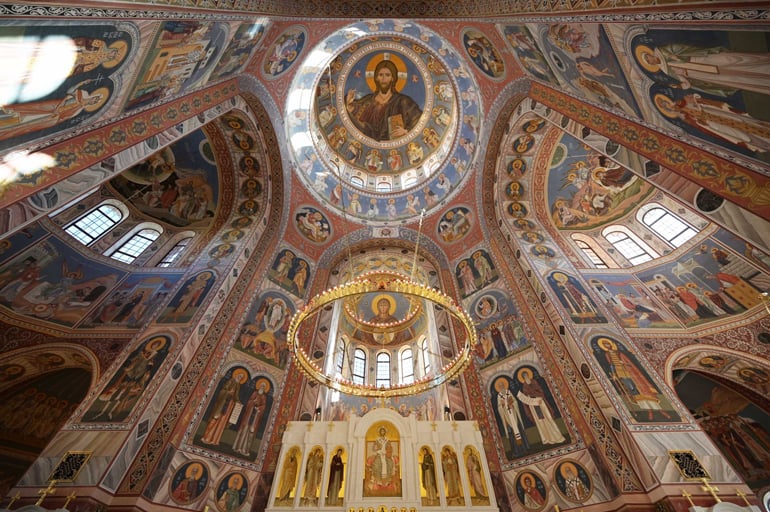 As a gift to the church community, His Holiness Patriarch Kirill donated his cell icon – an ancient image of St. Prince Alexander Nevsky, and for the churches of the Volgograd Metropolitanate – altar Gospels. On this day, the faithful were given icons of the blessed prince with the Patriarchal blessing. 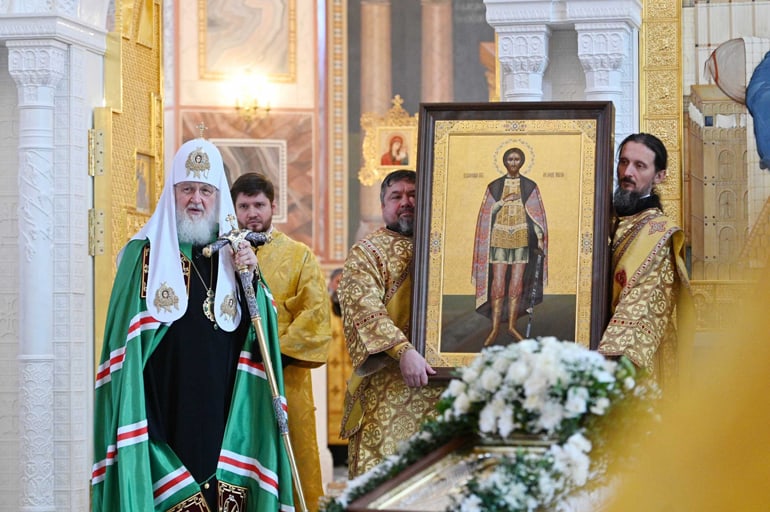 It is noted that St. Alexander Nevsky Cathedral was restored for the 800th anniversary of the birth of the holy prince, which is celebrated in 2021.

This cathedral was built in the city (which was then called Tsaritsyn) even before the 1917 revolution in commemoration of the salvation of the family of Emperor Alexander III in a train accident in October 1888. 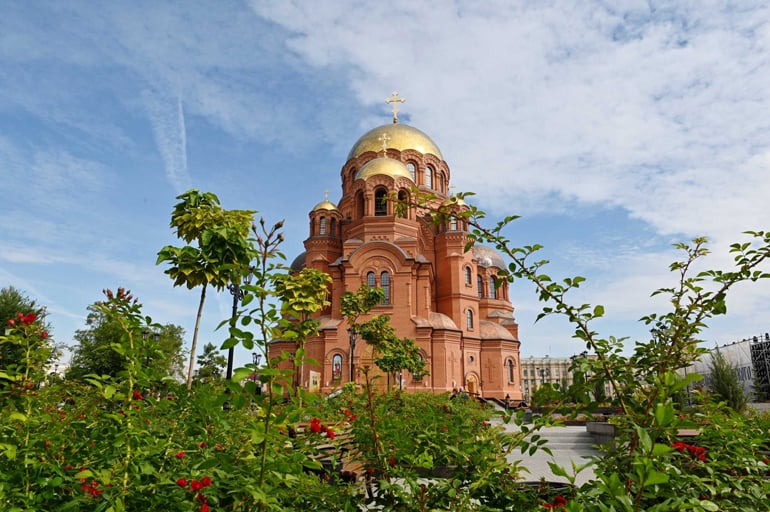 On April 22, 1901, the foundation stone of the cathedral was laid by the future Hieromartyr Hermogenes (Dolganev), Bishop of Volsk. On September 7, 1915, domes were installed on the cathedral. According to Viktor Vasnetsov’s sketches, his students painted the cathedral. The consecration of the cathedral took place on May 19, 1918.

After 1917, the life of the parish in St. Alexander Nevsky Cathedral came to a standstill. In 1929 it was closed, while the church utensils were confiscated, the crosses were dismantled, the bells were removed. Later the temple was used as a motor depot, and on March 21, 1932 it was blown up.

On February 12, 2001, in order to restore the cathedral, the International Foundation of the Holy Prince Alexander Nevsky was created. 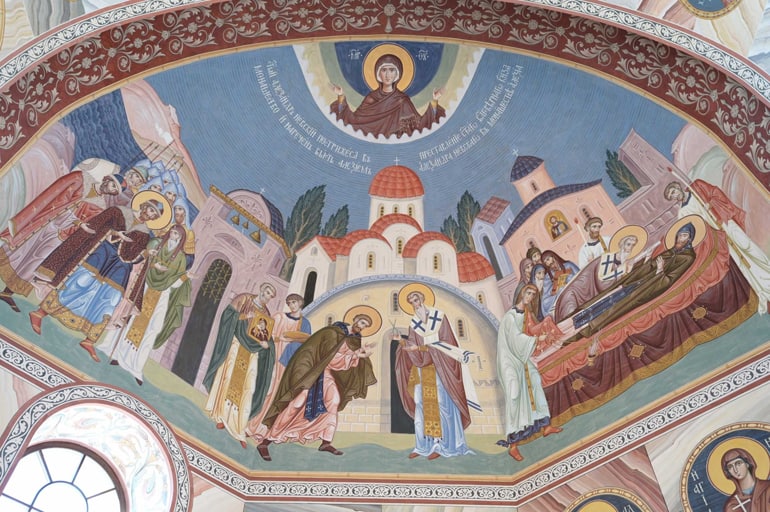 Since the historical site of the cathedral (Heroes’ Alley at the intersection with Lenin Avenue) already had established architecture, it was decided to restore the temple in a different place – in the park behind the podium on the Square of Fallen Fighters in the center of Volgograd. On April 5, 2016, the solemn laying of the first stone in the foundation of the future cathedral took place.

The new cathedral is a copy of the 85-meter cathedral, which was blown up in 1932 – the project was created, among other things, based on old photographs that have survived. In the lower part of the cathedral there are the baptismal church of the Equal-to-the-Apostles Cyril and Methodius, an assembly hall, offices, a sacristy, and utility rooms.