Patriarch Kirill: “Great Lent Gives Us an Opportunity to Taste Another Life for a Moment at Least” 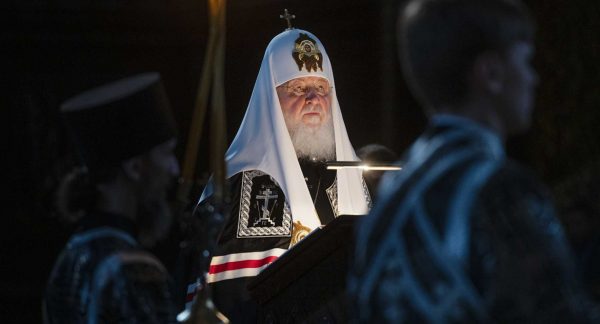 During the Great Lent, a person has an opportunity to escape from everyday life, at least for a short time, and to taste the Kingdom of God already here, in earthly life, said His Holiness Kirill, Patriarch of Moscow and All Russia.

“The Great Lent … is meant to take us out of our everyday life, our worries, our vanity, so that we can concentrate, as much as possible, on the one thing that gives us an opportunity for our salvation, so that the secret of the Divine Kingdom would be revealed to us, earthly creatures, in response to our feeble, but sincere efforts,” said His Holiness Patriarch Kirill on Sunday, March 14, the eve of the beginning of Great Lent 2021, during the Vespers with the Rite of Forgiveness.

His Holiness Patriarch Kirill added that the Kingdom of God was revealed to “many and many people,” at least to those whom the Church calls saints, but not only to them.

“The Kingdom of God opens to a huge number of people – of course, not as a permanent gift, but as a kind of enlightenment, as joy in the heart, which we find both at the time of worship, and at the time of communion of the Holy Mysteries of Christ, and when we unselfishly do good deeds, when we sacrifice ourselves or something in the name of our neighbors. This spiritual state that comes to a believer and which is in no way caused by the logic of everyday life and, on the contrary, comes to us contrary to this logic, this state is nothing but a contact of God’s Kingdom with us,” said Patriarch Kirill.

In this regard, the Patriarch emphasized that the Great Lent gives us an opportunity “to escape from the attraction of everyday life and at least for a moment to taste another life, in order to feel these signals of eternity, which the Lord undoubtedly directs to all of us.”

However, in order to achieve such a revelation of the Kingdom of God during the Great Lent, a Christian needs to make certain efforts, because “if didn’t require efforts, then, probably, the result would not be so desired.”

In general, His Holiness Patriarch Kirill concluded that the Great Lent is “not a gloomy and boring pastime, as some people believe, and something that is unworthy of a modern person,” but “a time of spiritual experience, a time of special spiritual exercises, a special spiritual training, without which we will not be able to receive the power of the Divine grace and direct it into concrete actions of our life”.

Today the Great Lent of 2021 began for Orthodox Christians, which will end with the Great and Holy Pascha on May 2.