Patriarch Kirill Mourns over the Death of a Prominent Shepherd, Protopresbyter Leonid Kishkovsky 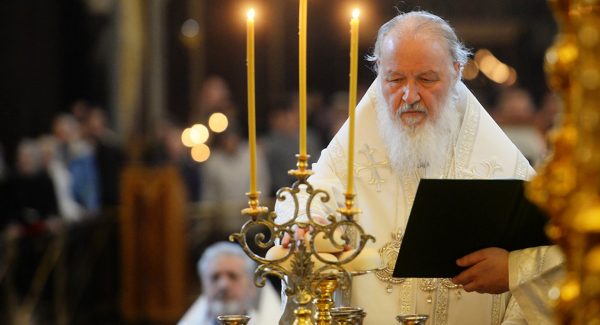 His Holiness Patriarch Kirill of Moscow and All Russian expressed his condolences over the death of Protopresbyter Leonid Kishkovsky, Director for External and Interchurch Relations of the Orthodox Church in America. Protopresbyter Leonid Kishkovsky, a well-known religious figure of the Russian diaspora, died on August 4 in the United States at the age of 78.

“With sorrow I received the news of the death of Protopresbyter Leonid Kishkovsky, whom I personally knew and with whom I interacted at various interchurch forums for fifty years,” the Primate of the Russian Orthodox Church said in his condolence letter to Metropolitan Tikhon of All America and Canada.

His Holiness Patriarch Kirill also expressed his condolences to the widow of the deceased – Presbytera Alexandra, his children and grandchildren.

Protopresbyter Leonid Kishkovsky was born in 1943 in Warsaw. In 1953, together with his parents, he moved to the USA, where he later studied at St. Vladimir Theological Seminary.

After he was ordained a deacon, Father Leonid served at the chapel on the premises of the Holy Trinity Cathedral in San Francisco. Since 1974, he was rector of the Church of the Kazan Icon of the Holy Theotokos in Sea Cliff, New York.

Patriarch Kirill: “The Memory of the New Martyrs will Help Us to Be Faithful to Christ amid Modern Temptations”