Patriarch Kirill of Moscow and All Russia demands a speedy end to the violence against the Copts. At this moment in Egypt we face the question of the future of all Christian-Muslim relations in the whole world. He calls upon secular society and Muslim spiritual leaders act quickly and by all means — not only words — to preserve peace in Egypt.

Over the past few days there have been continuing conflicts between Coptic Christians and the police. The confrontations were caused by a disagreement over the construction of a church in the rural region of El-Mareinab, near the town of Asuan. The church site was set on fire.

In protest, the Copts took to the streets and demanded that the Christians be protected. Skirmishes began between police and demonstrators. Some news sources report that Christians, without provocation, began to throw Molotov cocktails at the police. According to other sources, the demonstrations ceased to have a peaceful character when stones began to be thrown at the Christians, and they responded to the aggression. As a result, twenty-four people have died and two-hundred and thirteen have been wounded.

The declaration of Patriarch Kirill of Moscow and all Russia regarding the disorders in Cairo: 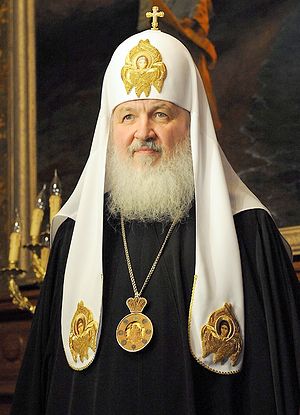 The Russian Orthodox Church views the events in Egypt with pain and sorrow. Again blood has been shed and Christian temples destroyed. On the face of it, this appears to be an expected manifestation of the growing intolerance towards Christians in Egyptian society, of the lack of physical and legal protection.

Our Church knows from her recent history about the suffering of innocent people and the destruction of churches. We raise our voice in defence of our brothers in faith in Egypt. We call upon civil society not to be apathetic toward the lawlessness that has been wrought. The United Nations and other international organizations, who have the power to influence the new authorities in Egypt politically, must single-mindedly take a stand against the persecution of Christians. They must do all that they can in order to enable inter-religious peace and safety in the region.

The trials that the Egyptian Christians are bravely facing are links in a single chain, and are already producing a new wave of immigration. Egpyt is a country where Christian and Muslim communities have existed for centuries. Aggression against Christians exerts a destructive, radical force upon the conscience, guided by motives that are by no means spiritual. We address the leaders of the Muslim world with a request that they clearly condemn violence against Christians, that they respect the right of Christians to openly confess their faith and to keep their religious and cultural traditions. In this hour, when the very future of Christian-Muslim dialogue is threatened, religious leaders must actively demonstrate their commitment to peace and understanding.

We call upon the authorities of Egypt to quickly put an end to the violence against the ancient Coptic community, to the killing of Christians, and to the desecration of Christian churches and holy things. It is not enough to declare allegiance to the principles of justice and the rights of man. It is necessary to ensure real protection for freedom of conscience in the country. The historical Christian community in Egypt must have the right to freely and safely confess its faith, preserve old temples and build new ones.

The Russian Church again expresses Her support for our struggling Egyptian brothers in Christ, calling on them to maintain a peaceful spirit, not to give in to provocation, and to be faithful to the Savior, even in suffering.