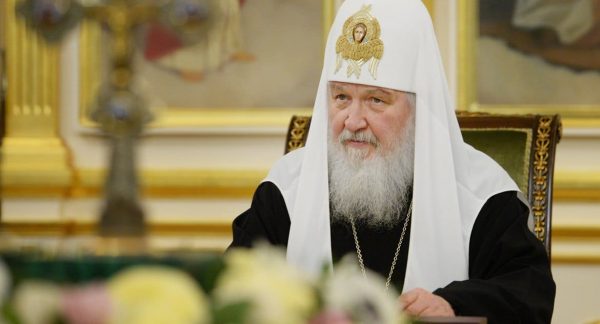 Patriarch Kirill is strongly against the participation of the Church in political life. His Holiness said this at a meeting with Pyotr Tolstoy, Deputy Chairman of the State Duma of Russia .

During the meeting, which took place on December 2, 2021, the Patriarch said that the Russian Orthodox Church “at one time had the opportunity to enter the political process,” reports Patriarchia.ru.

“We were all invited both in the 1990s and in the 2000s. But even then my position, since I was responsible for this part of church life, was such that we categorically should neither create our own political party, nor strive to enter the bodies of power,” said His Holiness Patriarch Kirill.

“I was, of course, criticized, but as a person engaged in external activities, I knew well what happens in those cases when the clergy enters politics and what the consequences are from this,” added the Patriarch.

At the same time, the Primate of the Russian Church noted that in the Orthodox environment there were examples of clergy “who compromised the Church and created political tension.”

“And that is why our position from the very beginning was that we will not enter political processes, especially since we live in an Orthodox country,” added Patriarch Kirill.

According to His Holiness, since in Russia, the majority of citizens are Orthodox by baptism, “you can always find those with whom you could discuss political issues, including those related to the agenda of the State Duma.”

“As we do, we do not impose our vision, but express our opinion, and when it is taken into account by Orthodox people working in the State Duma, we accept it with gratitude,” the Primate concluded.

Most viewed articles
As the End Draws Near – Silence163
How Can We Evangelize Today?145
A Stone Thrown at God and Your Neighbor114
Metropolitan Onuphry: “The Key to the Doors of Paradise is Repentance”86
Hierarchs of Three Local Orthodox Churches Concelebrate in Argentina78
Trial of Politician Defending Traditional Marriage Begins in Finland73
Patriarch Daniel prays for Romania’s national unity, peaceful coexistence and dignified cooperation with other peoples41
Most popular authors
Pravmir.com team237
Archpriest Stephen Freeman163
Frederica Matthewes-Green145
Protopresbyter Themistoklis Mourtzanos114
Aurelian Iftimiu41