The Patriarch noted that fraternal peoples should not be separated by an "impenetrable wall of hatred."
Pravmir.com team | 28 September 2022 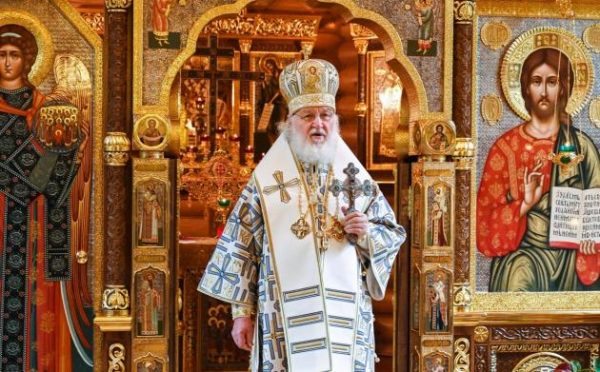 The Orthodox Church fervently prays to God that the strife between fraternal peoples would end as soon as possible said His Holiness Patriarch Kirill on September 25, 2022, after the Divine Liturgy at the Church of the Holy Right-Believing Prince Alexander Nevsky, reports foma.ru.

“We know that today many are dying on the fields of internecine battle. The Church prays that this battle will end as quickly as possible,” said the Primate of the Russian Orthodox Church.

As the Patriarch noted that it is also crucially important that “as a result of this battle there should not be a wave of bitterness and alienation, so that the fraternal peoples are not separated by an impenetrable wall of hatred.”

“The result of this battle and the things that will happen afterwards depend on how we all behave today towards each other, what we ask the Lord in our prayers, and what we hope for,” His Holiness Patriarch Kirill added.

He also expressed his hope that the mercy of God would heal mutual wounds.

“So that by the grace of God all wounds would be healed. So that, by the grace of God, everything that brings grief today to many and many people will be wiped out from memory. So that what will replace the current situation, including in relations between our fraternal peoples, will be bright, peaceful and joyful,” concluded the Primate of the Russian Orthodox Church.