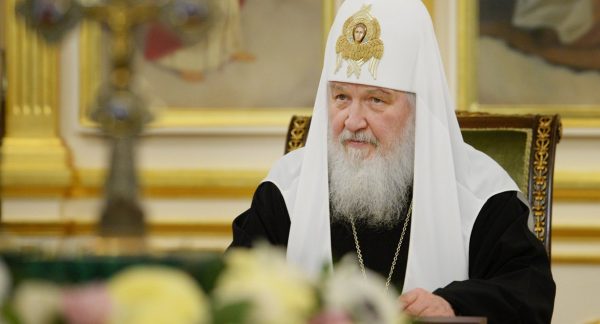 His Holiness Patriarch Kirill of Moscow and All Russian sent a letter to the family of a Russian boy who had suffered because of his nationality and faith during a sports gathering in Kyrgyzstan, where he was systematically beaten by his peers.

“With great concern I learned about what happened to you at the sports gathering. I would like to express my sincere sympathy to you,” the Primate of the Russian Orthodox Church wrote in a letter, reports patriarchia.ru.

“Having shown courage and bravery, you were not afraid of impudent ridicule and bullying from your peers and resolutely defended your faith, defended what is dear and valuable to you. Your deed, courage and firmness are worthy of all support. Millions of your brothers and sisters in Christ in Russia and in other countries empathize with you at this difficult moment – none of those who learned about this situation remained indifferent,” emphasized His Holiness Patriarch Kirill.

He noted, “Christians have been attacked at all times,” but they remember the words of Christ in the Gospel: “Be of good cheer: I have overcome the world” (John 16:33).

“True fortitude lies in generosity and nobility, patience and readiness to forgive our offenders. It is these qualities, together with unwavering faithfulness to Christ, that distinguish His true followers. Looking at you, I am glad that today there are such steadfast Orthodox Christians,” the Patriarch added in this regard.

Patriarch Kirill expressed his hope that representatives of the authorities and law enforcement in Kyrgyzstan “will do everything possible to prevent the repetition of such cases in the future in relation to people of all beliefs, nationalities and religions.”

In conclusion, His Holiness Patriarch Kirill invited the boy and his whole family to visit Moscow, “to make a pilgrimage to Orthodox shrines, to meet new friends and to strengthen in their faith.”

It is reported that the situation was taken under personal control by the Prime Minister of Kyrgyzstan, Ulukbek Maripov. In particular, within the framework of the investigation, he instructed to give a legal assessment of the actions of officials responsible for carrying out preventive measures on tolerance, religious tolerance and religious culture.

The child’s family is supported by Rossotrudnichestvo. The head of the department, Yevgeny Primakov, said that the boy’s family is ready to come to Moscow, and if they decide to move, they will receive support under the compatriots resettlement program.

The secretary of the Bishkek diocese, priest Alexander Pelin, also met with the boy’s family and expressed his support to them.