Patriarch of Antioch: Great Lent is the Spring of souls yearning for the radiance of Christ 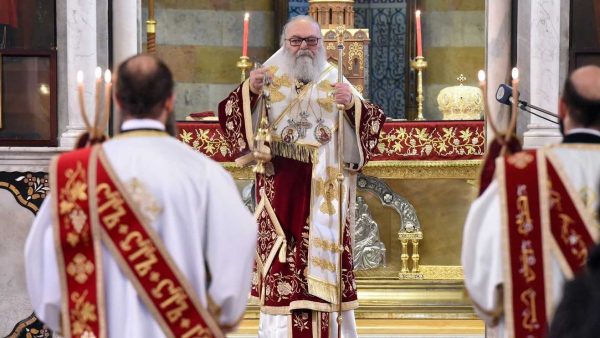 “Great Lent is the Spring of souls yearning for the radiance of Christ,” transmitted Patriarch John X of Antioch on Sunday in a message for the start of the Great Lent.

“It is a Spring in which every soul blossoms as flowers do in nature. It is when the bitter coldness of sin is taken over by the warm beauty of the Resurrection. Great Lent is the Spring of souls which have renounced pharisaic pride and put on paschal humility.”

The Patriarch of Antioch affirms that, at the beginning of Great Lent, “the Church prays in unison and cries from the depth: ‘Let us not pray, brethren, Pharisee-like’. By these words, the Church begins her liturgical hymns of Great Lent, imploring the Lord of the Resurrection”.

“The soul’s garment in this blessed season is humility,” continues His Beatitude.

“A humble prayer penetrates the heart of God. The Church proclaims this at the onset of Her praises for this season in order to suggest to us that Christ, the Bridegroom of every soul, desires the soul to be adorned with the ornament of humility and embellished with the garment of selflessness. He longs for the soul to be steadfast in praying humbly and modestly, far from ostentation, which is a fake, popular spirituality.”

“Rather, what softens the Lord’s heart is a humble attitude expressed by the soul’s cry: “Have mercy on me.” Christ desires that our souls join the cohort of the wise virgins who lit for Him their lamp of mercy, humility, and almsgiving, preparing their being for His indwelling by the Spirit,” adds Patriarch John.

The Head of the Antiochian Church also mentions, as always, “the wound of Eastern Christianity”, of which he says it “is still open and bleeding”.

“This wound sums up all the sufferings of the people in this East of various denominations. It is the kidnapping of the Archbishops of Aleppo, Youhanna Ibrahim and Paul Yazigi, since April 2013, amid a total blackout about this file and a denounced international silence. We offer our prayers for them and for each kidnapped.”

“We enter the arena of fasting at this critical stage in the history of our existence as Christians living in the East,” further states the Patriarch of Antioch.

“As we contemplate the history of the Church of Antioch, the Church, throughout Her history, had never sought protection except from the Cross of Christ and was never nourished except from the hope of Christ. One century after another, She has remained loyal to Him and kept Her faith. She has baptized the world in His name and imprinted His holy name in His apostles. We are saying all this in order to affirm that we are abiding in our land, the land from which we derive our identity and entity.”

The Synod of the Antiochian Church, convened on October 7, elected Patriarchal Vicar Ephraimos Maalouli as Metropolitan of Aleppo and transferred Metropolitan Paul Yazigi to the honorary Diocese of Diyarbakir.