Philistine Refuge of King David Said to Have Been Found 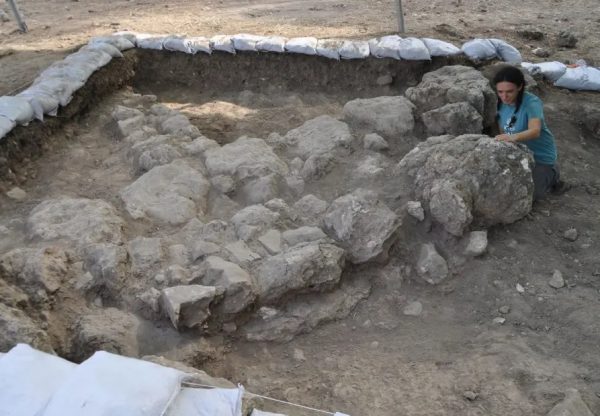 The excavation began in 2015 at the Khirbet al-Ra’i site, located between Kiryat Gat and Lachish, and was led by Prof. Yosef Garfinkel, head of the Institute of Archaeology at the Hebrew University, The Jerusalem Post reports.

Researchers from a joint expedition including the Hebrew University of Jerusalem, the Israel Antiquities Authority, and Macquarie University in Sydney, said they believe they have discovered the biblical city of Ziklag, a Philistine city where a young David sought refuge from King Saul.

The original Philistine settlement at Ziklag dates back to 12th century BCE. The excavation began in 2015 at the Khirbet al-Ra’i site, located between Kiryat Gat and Lachish. It was led by Prof. Yosef Garfinkel, head of the Institute of Archaeology at Hebrew University.

About 1,000 sq.m. were excavated; the find revealed evidence of Philistine settlement dating to the 11th-12th century BCE.

Large stone structures were uncovered, including finds characteristic of Philistine culture. Stone vessels and metal vessels found on site are similar to other finds from this period that were discovered at past excavations in Ashdod, Ashkelon, Ekron and Gat – all ancient Philistine cities.

To date, several sites were suggested by archaeologists attempting to find Ziklag, such as Tel Halif near Kibbutz Lahav, Tel Shara in the western Negev, and Tel Sheva.

However, according to the researchers, “in all of these sites there was no settlement continuity, including both a Philistine settlement and a settlement from the time of David. In the site at Khirbet al-Ra’i, evidence of both settlements were found.”

A rural settlement dating to the time of King David, the beginning of 10th century BCE, was also discovered above the remains of the Philistine settlement, which was destroyed by a fire.

There were dozens of complete pottery vessels found in the remains of buildings, identical to those found in the fortified Jewish city of Khirbet Qeiyafa, identified with the biblical She’arayim. It was discovered in the Judean foothills and also excavated by Garfinkel.

The ceramic findings included large numbers of jars, which were used to store oil and wine. Also found were food bowls, jugs and other vessels decorated in a style which is typical of the era of David.

The name Ziklag also gives clues as to the origin of its inhabitants. It is not a local Semitic name but a Philistine name, further proof that the Philistines were not native to the area but migrated to the land of Israel from Europe.

Ziklag is mentioned several times in the Bible, most famously in the Book of Samuel, when the young David was granted refuge from King Saul by the Philistine King Achish of Gat.

David was awarded Ziklag as a vassal state, under the protection of Achish, and he used it as a base for raids against the Geshurites, the Girzites and the Amalekites.

According to the Book of Samuel, the city was destroyed by the Amalekites and the population was enslaved. After King Saul was killed in battle with the Philistines, David left Ziklag and traveled to Hebron to be anointed king of Israel.

Suprasl, Poland – Over 90 youth and youth workers from 22 countries participated in “Suprasl 2022: A World…