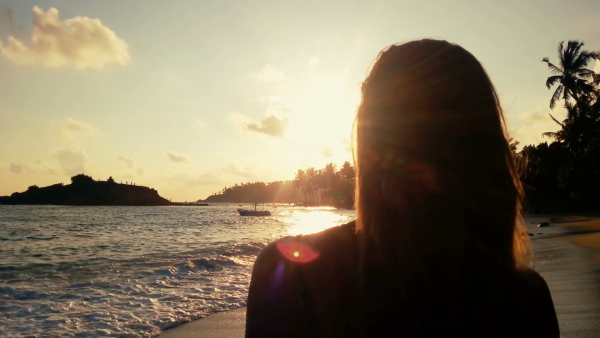 There’s a great country song about a dad taking his son fishing and the dad decides to take the little girl next door along on their fishing trip. The boy is horrified that he’s going to be in the company of “a girl” during this dad and son outing so he begs his dad “take Jimmy Johnson, take Tommy Thompson, take my best friend Bo. Take anybody that you want as long as she don’t go. Take any boy in the world! Daddy please, don’t take the girl!”

Of course by the end of the song the boy and girl have grown up and fallen in love and gotten married! Perspectives change when you grow up!

And that’s true of the spiritual life as well. When we commit to a spiritually mature life, our perspectives change and grow up! That makes such a difference and is so necessary if we are to avoid the mistakes and the slavery of an immature Christian faith.

In our Gospel Lesson today, the Lord confronts the common challenge of a faith that has gotten stuck in place. Of course His remedy is not going to be very popular, but it is necessary. He uses a story about wine and wine-skins to effectively communicate His meaning.

Look at Luke 5:33-39. The Lord begins by dealing with their question about fasting and then He says: “No one tears a piece from a new garment and puts it upon an old garment; if he does, he will tear the new, and the piece from the new will not match the old. And no one puts new wine into old wineskins; if he does, the new wine will burst the skins and it will be spilled, and the skins will be destroyed. But new wine must be put into fresh wineskins. And no one after drinking old wine desires new; for he says, ‘The old is better.’” Luke 5:36-39

While the question from those who seem to be stuck in their “old” ways was about fasting, if you look at the beginning of the chapter you’ll see Jesus do something that really bothers the “establishment;” He chooses a “publican” (a Jewish collaborator and tax-collector with the occupying Roman authorities) as one of His disciples! Talk about letting the “undesirables” in!

The Lord plainly deals with the sickness of an atrophied faith and His warning is plain. Trying to mend a path that has worn out its usefulness will always result in disaster. You have to have the courage to embrace the new and better way to keep your relationship with God fresh and whole. Now the Lord isn’t saying the old is useless; not at all. He is saying that now that He has arrived, the Messiah, the New Israel, the tutoring system of the old way is completed and the path of salvation is now open to the whole world!

Today, where are you trying to hold onto an immature spiritual life? Don’t you know that your “addiction” to childish ways, small ways, limited ways, will always be too weak to hold the “new wine” of a purposeful and mature Orthodox Christian life? It’s time to put this ever fresh, ever “new”, ever “sweet wine” of the message of Jesus in the new “wineskins” of your life daring to embrace the fullness of this Orthodox Way. To be sure, this Orthodox Way is going to challenge some of our “old” understandings and we may feel nostalgia for that “old wine” but the path forward is with the “new wine” of a mature and expanded vision of God’s love and purpose! Don’t let “we’ve never done it that way before” keep you imprisoned in a small world!