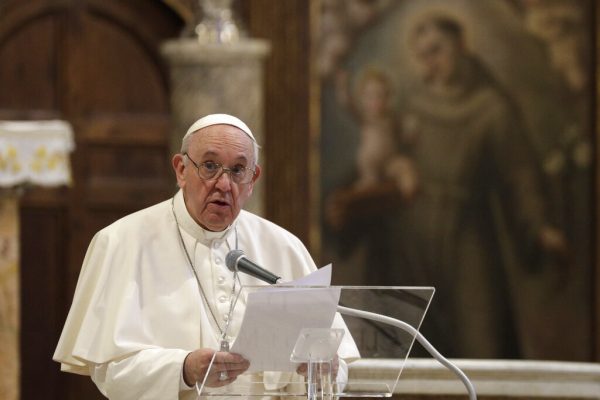 Pope Francis is well known for his more casual approach to the papacy and tolerant tone toward homosexuality, but a new documentary reveals his support for civil union laws for same-sex couples.

The documentary entitled “Francesco” premiered yesterday in Rome and chronicles the story of how Jorge Mario Bergoglio has addressed issues facing him as the head of the Catholic Church and sovereign of the Vatican City State.

In the film, Francis reiterated his support for the L.G.B.T. community calling them ‘children of God’ and saying homosexuals have a right to be part of the family of God.

The unorthodox remark came when Francis was asked about pastoral care, and he took the opportunity to directly address same-sex couples.

“What we have to create is a civil union law. That way they are legally covered… I stood up for that.”

The Pope’s comments are a blatant departure from traditional, Christian values and the pope’s predecessors on the issue. While he has previously expressed compassion for the church’s LGBT followers, this is the first time he’s publicly expressed his support for substantive policy.