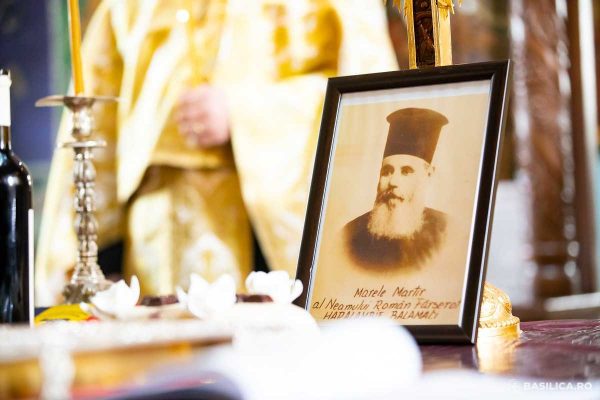 A bust of Father Haralambie Balamace will be unveiled next month in Korçë, Albania, where the priest was martyred.

The father was killed on Easter night in 1914 because he officiated the service in Romanian. A similar end had about 1,000 Romanians from the Balkans, teachers, professors, priests, and ordinary students because they defended the Romanian identity and served the communities they belonged to in the Romanian language (Aromanian / Megleno-Romanian dialect).

Father Haralambie’s bust was made with the help of Nicolae Iorga Foundation from Saranda (Albania).

The foundation obtained all the necessary approvals from Korçë City Hall to build the bust. Romanians and Aromanians in the region will attend the unveiling ceremony, together with officials from Albania and Bucharest, including clergy, Romanian Global News reports.

The bust is made of bronze.

Father Haralambie was commemorated last month, together with all Macedo-Romanian martyrs from the Balkans, at Mavrogheni Church in Bucharest.

The service was presided over by the patriarchal auxiliary bishop Varlaam of Ploieşti.

Father Haralambie Balamace played a significant role in the development of Romanian language education among the Macedo-Romanians in Epirus and Albania and for the church emancipation of the Romanians in the Balkans, Bishop Varlaam explained.

“Father Haralambie was ordained in our country, at Curtea de Argeș, in a completely symbolic and significant way,” His Grace Bishop Varlaam added.

In 1972, Father Haralambie was declared a hero of the Albanian nation.