Questions and Answers on Death

Humans are mortal. That is the result of original sin. In the sacrament of Baptism we ‘remove’ original sin. Why is that humans still remain mortal? Natalia 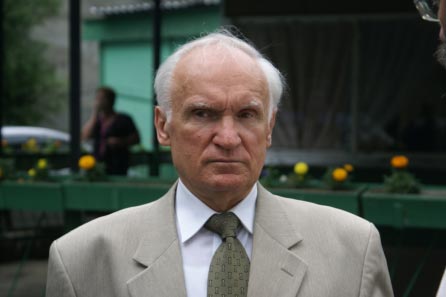 Dear Natalia! Your confusion is understandable. The opinion that baptism supposedly ‘removes’ original sin came into Orthodoxy from the Catholic catechism. Spiritual schools appeared in Russia only in the 17th century when most of the Holy Fathers’ books had not been translated into Russian yet, so the textbook authors turned to the Catholic and Protestant theology, borrowing a lot uncritically. Among other things, they adopted the Catholic idea that original sin is all people’s guilt before God, resulting from the forebears Adam and Eve’s sin, and that this guilt is canceled only in baptism. But this teaching contradicts both to the Holy Scripture and practical common sense. For instance, the prophet Ezekiel says on behalf of God, “Yet say ye, Why? doth not the son bear the iniquity of the father? When the son hath done that which is lawful and right, and hath kept all my statutes, and hath done them, he shall surely live. The soul that sinneth, it shall die. The son shall not bear the iniquity of the father, neither shall the father bear the iniquity of the son: the righteousness of the righteous shall be upon him, and the wickedness of the wicked shall be upon him.” (Ezekiel 18:19-20). It is also obvious that, even from the viewpoint of our primitive human morality, children do not bear responsibility for their parents’ crimes.

In Orthodoxy, according to the Holy Fathers’ teaching, original sin (which they call the inherited corruption or the original damage, not sin) means the mortality, corruptibility, and susceptibility to suffering of our human nature, which occurred as a result of the forebears’ sin. All people possess this original damage, it has become a natural attribute, and no sacrament can alter our nature. Thus, in baptism, these attributes of our nature are not destroyed, but the spiritually new person is born, or rather, planted the seed. That was very precisely expressed by St Symeon the New Theologian, “One who has come to believe in the Son of God… repents his past sins and is cleansed of them in the sacrament of Baptism. Then God the Word enters the baptized like the womb of the Virgin Mary and dwells in him, like a seed” (to nurture which we need to lead a Christian life). However, that happens only as long as the person accepts Baptism with faith and penitence. Otherwise, there is no benefit from Baptism. St Mark the Hermit writes, “Firm believers are given the Holy Spirit immediately on Baptism, while unbelievers and miscreants aren’t given it even after Baptism.”

How to Survive a Loss?

My wife recently died. We had lived together for 15 years. We came to Church together. I do realize that she’s gone to the other, better world after having suffered through a severe illness. But there’s a silent protest in my heart – no one was closer to me than she was. How can I come to terms with reality and not go out of my mind over this loss? Alexei

Answered by priest Sergii KRUGLOV, cleric at Spassky Cathedral in the town of Minusinsk of Krasnoyarsk Krai: 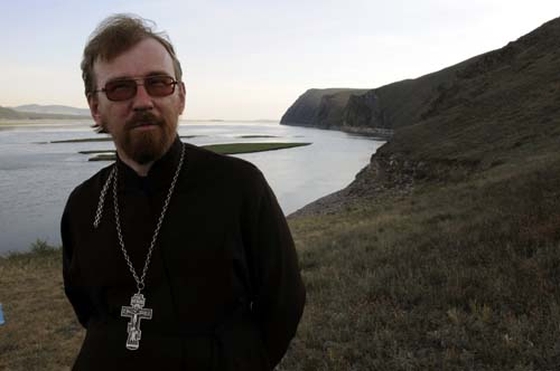 – Dear Alexei! First of all, as one man to another, please accept my condolences. Losing your wife is never easy. It’s just like a part of your body has been cut off – it really hurts…

“As one man to another”… We all are different people. We all have different human means of relieving pain. A friend or relative will sympathize, try to dispel your sadness. There are many ways of doing that, from a walk in the woods or visiting a concert to drinking alcohol. A therapist will recommend some sedatives or applied psychology. A stranger will say, “Time heals…” But what will a Christian say?

A husband and wife, as it is said, are one flesh. But a person is not only flesh, but also spirit. These are commonplace words, familiar to everybody (even more so to you, since you mentioned your coming to Church)… Yet they may be not so well understood.

The spiritual life is real life. Why doesn’t it comfort us in times of trials? The reason is that we simply don’t know it well enough. We do know of it, but we don’t live it, or only think we do… Your words “I do realize” and “not go out of my mind” are very telling. Often, it’s only in our minds that we have an image of the spiritual life. To us, it’s merely some information, more or less emotional. Or – unfortunately, quite often too – we can live the spiritual life in our dreams… Why am I saying this now? It’s very simple.

Outward signs usually say all about their inner causes. For instance, when a person has a fever and a runny nose, this is most probably a sign of a cold. And if, having sent a fellow creature off to eternal life, to God (mind it, to the beloved God), we still grieve too much, it could mean that ‘eternal life’ for us is a hazy notion, not reality itself, in which we live already, like the risen Christ already lives in it, and in Christ his Church.

Forgive me if my words hurt you. I really don’t mean to say that it’s sinful to grieve, that you shouldn’t ‘be so upset’… Well, it’s just not possible. What hurts will take time to heal. But I want to stress that flesh can’t save us from the despair that often occurs when we are parted with our beloved. Flesh, that is, ‘the natural’, can’t console you, won’t let you feel your wife, communicate with her. So far, until the general resurrection that we long for, you can only feel her spiritually. One needs to become a more spiritual being, rather than carnal, to rise above flesh, to become truly human. Christianity is all about that. To be closer to God in reality, not in one’s imagination, to change oneself – everything in Church, from a small candle and a short prayer to the reality of being one with Christ through His Body and Blood, is about that.

So train your spirit. And remember: what is impossible for humans is possible for God. When the Holy Spirit, the Comforter, comes upon you, everything will change. We can’t explain it with words, it’s not a human act, but God’s. When it happens to you – I believe that it will, if you really love your wife and God, – you will understand everything. As for now, do everything for the Holy Spirit to be able to come. Purify your heart with penitence. Receive the Lord’s Sacraments. Reread the Gospel. And ask God in prayer, as much as you can, to become truly human, spiritual. So that through suffering that has befallen you your love and faith would grow stronger. So that you would know from experience, not from books, what eternal life and joy in Christ is. So that death, which is so proud of its absolute power over the living, would no longer have any influence on you. “Where the Spirit of the Lord is, there is liberty.”