Rally against abortions held in Tbilisi 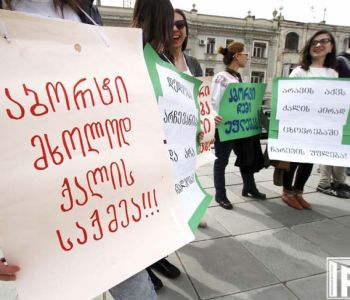 The rally would have deteriorated into a mass fight between abortion opponents and supporters if police had not intervened.

The opponents argued that abortions are a murder. They held posters reading, “Abortions are Genocide!” “Embryos have Souls!”

Supporters disagreed and they carried their own posters, saying that criminal liability will not discourage women from having abortions and that sex education must be introduced at schools.