“Take no part in the unfruitful works of darkness, but instead expose them.” Ephesians 5:11

The New American, which reviewed the lengthy document, described it as a “a full-blown assault on parental rights and traditional morality.”

The UN Educational, Cultural and Scientific Organization released its revised “Comprehensive Sexuality Education” standards this year. The document recommends that schools begin teaching sex education to children as young as 5.

According to the review, the UNECSO document cites Planned Parenthood, the largest abortion chain in America, almost 20 times as a source for sex education and abortion information.

The standards brazenly encourage fornication (sexual relations outside of marriage) among children, too, painting traditional morality as old-fashioned and wrong. By age nine, the standards say children should “demonstrate respect for diverse practices related to sexuality.”

… The children are also taught to question and even reject their parents’ values and beliefs on sex and marriage, with children told that they should “acknowledge” that their values may be “different” from their parents or guardians.

While the document states – in a footnote — that abortions should not be promoted as a method of family planning, it emphasizes the importance of “safe” abortions throughout the text.

Later, the document contradicts itself later by encouraging schools to teach students where to access abortions where it is legal.

In another section, the UN committee criticizes “abstinence-only” programs by claiming that they provide “inaccurate” information about abortion and other issues related to sexuality.

“It’s important to know and promote human rights that impact sexual and reproductive health … and the right to make decisions concerning reproduction,” the document tells educators.

In a section about unintended pregnancies, the document emphasizes that girls should be taught the full range of “health and support services available.” It also teaches students about avoiding “unsafe” abortions.

Buried in the appendices is the governing pro-abortion agenda behind the document.

“We have repeatedly warned governments, parents and other stakeholders that comprehensive sexuality education (CSE) is a radical, graphic, sexual-rights, pleasure-based approach to sex education that promotes promiscuity, abortion, and diverse sexual practices and identities to young children,” Slater said. “With this new UNESCO technical guidance publication, we now have additional, conclusive evidence to prove it.

“This is an all-out frontal assault on the health and innocence of the world’s children from some of the most powerful and well-funded institutions that set the health standards for women and children across the world,” she said. 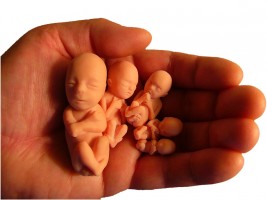 Most viewed articles
Metropolitan Hilarion Said Kuraev Could Be Excommunicated from the Church419
A Cruciform Providence125
The 16th Century Catholic Church in Granada Officially Transferred to the Russian Orthodox Parish120
The Light of Christ in Christians103
Metropolitan Onuphry Speaks on True Repentance86
Time and Human Life85
Moscow Priests Make Over 1,300 Visits to Patients with Coronavirus53
Thanksgiving Service on the 70th Anniversary of the Arrival of Russian Refugees Held in San Francisco50
Metropolitan Onuphry Presents Kiev Theological Academy with a Valuable Gift47
“They asked me: why on earth do you need this?” At 58, Elena became a nurse at a covid hospital20
Most popular authors
Pravmir.com team775
Archpriest Stephen Freeman125
Metropolitan Sotirios103
George Mantzarides85
Timofei Butenko20
Maria Trushanina4
Archpriest Michael Gillis2