Source: Pantanassa Monastery
St. Paisios of Mount Athos | 15 August 2016
Often state policy and legislation undermine the Christian daith. What should we as Christians do in such situations? Remain silent or speak up? Below is St. Paisios’ advice on the topic. 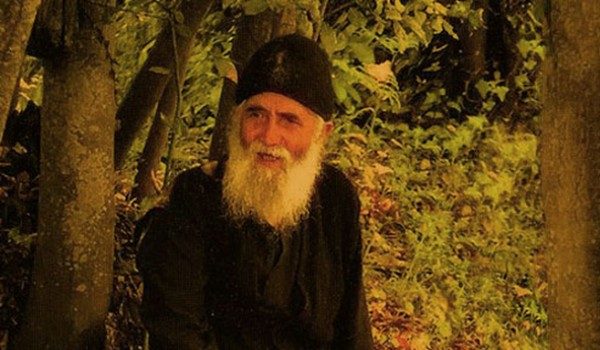 Today, when one is concerned over the condition of our nation, then that’s a confession of faith in itself, because the State is opposing the divine law. It’s legislating laws that are contrary to the law of God.

I have heard Spiritual Fathers advising their spiritual children, “Don’t get involved in affairs of the State”. Now if they had attained such a high level of sanctity through prayer that they didn’t care about anything worldly, then I would be the first to kiss their feet. But they’re only indifferent, they don’t want to rock the boat. Indifference is unacceptable even among worldly people, and even less so among spiritual people. An honourable, spiritual person should do nothing indifferently. The Prophet Jeremiah exhorts us by saying “Cursed is he who does the work of the Lord with slackness”

Geronta is the silence of the Church an indication of approval?

Yes. Someone wrote some blasphemous things about Panaghia and no one spoke up. Then I told someone, “Did you see what so-and-so has written?” And he told me, “Well, what can you do with those people? You’ll get soiled if you try to deal with them.” They’re afraid to speak up.

What did he have to fear Geronda?

That people might write something about him and ridicule him in the press. And so he tolerates blasphemous things about Panaghia. We want others to pull the chestnuts out of the fire so that we can have our peace of mind. This indicates a lack of love. Then man begins to act out of self-interest. This is why we see an all-too familiar spirit today: “Get to know so-and-so because he will then speak well of you. Be on good terms with so and-so and he will not speak badly of you, and so forth.

After all, we must not be taken for fools, we must not become victims.” Another person remains indifferent and does not speak up. “l do not speak out,” he says, “so that I won’t be written up in the newspapers.” In other words, most people are completely indifferent. For a long time no one would write anything, but now some little effort is being made. Years ago I had scolded someone on the Holy Mountain. “You are over-patriotic” he retorted.

Not too long ago he came back to find me and say “They have destroyed everything, family, education….” And I, in turn, told him, “You are over-patriotic!’ 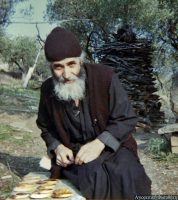