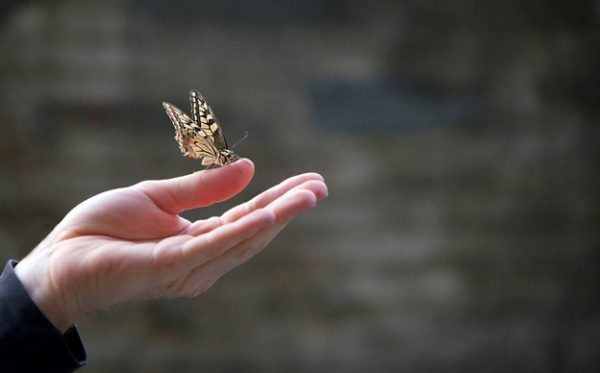 We should put question marks against speculations

– Elder, what helps to dismiss speculation?

– Everything’s always the way you see it. Always put a question mark against every one of your thoughts, because you usually see everything in a bad light. Do the same for any good thought you might have about somebody else, in case you sin in your assessment.

If you put two question marks, that’s better. And if you put three, that’s even better. In this way, you stay calm and gain some benefit, and you also benefit other people. Let me give you an example so you can see what bad thoughts can do. One day a monk came and said to me: ‘Old Haralambos is a magician. He did magic’. ‘What are you talking about, you daft lump’, I said. ‘Aren’t you ashamed?’. ‘No, I saw him one moonlit night. He was going “Mmmm, mmm, mmm” and pouring something into the bushes from a big bottle’.

One day I went to see Fr. Haralambos. ‘How’s things, Fr. Haralambos?’, I asked him. ‘How are you doing? What are you up to? Somebody saw you pouring something into the bushes from a big bottle and going “Mmmm, mmmm’.

You see? And the other monk thought he was doing magic! I see some lay people and what good thoughts they have. But there’s other poor people who are tormented by things that don’t even exist and that temptation can’t even imagine.

There was one time, when it rained after a long dry spell, that I felt such gratitude to God that I was sitting and saying all the time ‘Thank you a million, a billion times, God’.

I didn’t know it but there was a layman outside and he heard me. When he saw me afterwards, he said: ‘Father, I’m shocked. I heard you saying “a million, a billion” and I wondered what Fr. Païsios was saying’. What could I say? There was I feeling grateful to God for the rain and the man thought I was counting money. And if it had been anybody else, he might have come to rob me at night, beaten me badly, and in the end found nothing.

Another time, somebody with a sick child came to see me. I took him into the chapel to have a word. After he’d told me his problem, in order to help him, I said: ‘You have to do something yourself for your child to be helped. You don’t do prostrations, you don’t fast, you don’t have the money for charity, so say to God: “God, I’ve got nothing good to sacrifice for the health of my child; I’ll at least try to give up smoking”.’

The poor man was very moved and promised he’d do it. I went to open the door so he could leave and he left his lighter and cigarettes in the chapel, underneath the icon of Christ. I didn’t notice. After he left, a young man came into the chapel to tell me something and then went outside to have a smoke.

I said to him: ‘Young man, you can’t smoke here. Move on a bit’. ‘Is it allowed to smoke in church?’ he asked me. He’d seen the packet and the lighter left by the father of the sick child and had come to the conclusion that I smoked. I let him go with his thoughts. Even if I smoked, would I have smoked in church? You see what bad thoughts are?

– Elder, what harm do speculation and suspicion do to the soul?

– The damage depends on the speculation. Suspicion is emaciating.

-How is it cured?

– Elder if somebody goes wrong one time, doesn’t that help them?

If they go wrong once, all well and good. But if they do it again, they’ll be incapacitated. It needs care, because if there’s one chance in a thousand that things aren’t the way we think, we’ll suffer. When I was in the monastery, during Great Lent, one of the older monks, Fr. Dorotheos, was frying zucchini. Another monk saw him as he was putting them into the frying-pan and came and told me: ‘You should see. Old Fr. Dorotheos is frying great big red mullet’. ‘But that’s impossible’, I said. ‘Fr. Dorotheos frying fish in Great Lent’. ‘Yes’, he said, ‘I saw him with my own eyes. Red mullet as big as this’.

Fr. Dorotheos had come to the Holy Mountain as a fifteen-year-old and he was like a mother to everyone. If ever he saw a sickly monk, he’d say ‘Come here. I’ve got a secret to tell you’. And he’d give them a little tahini with ground walnuts. Well, I went to see Fr. Dorotheos and he was frying zucchini for the sick room!