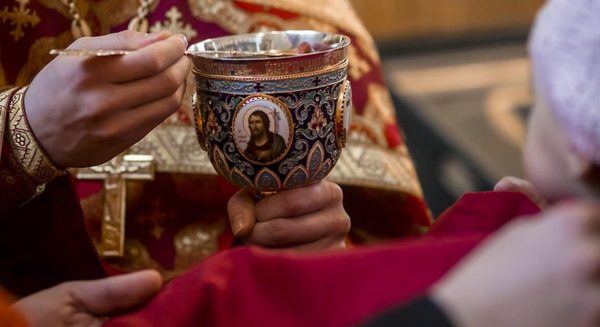 A few weeks ago, I picked up a book for vacation that perhaps several have either read or heard about called “Unbroken”.  It is the true story of a young man named Louis Zamperini, an Olympic class runner turned World War II soldier, who went on a rescue mission that resulted in him and 2 other soldiers being stranded at sea for 47 days in a small rubber raft.

For over 6 weeks in the middle of the ocean, Louis and his companions were constantly reminded of their own mortality.   Sharks continually followed and circled them, bumping the thin rubber with the fins every few minutes.  They had no food or water rations and relied only on what rainwater they would get from the sky and the stray fish or bird that would land on the raft.

Louis eventually was “rescued” by the Japanese, who immediately sent him to one of the most horrific and notorious Prisoner of War camps in the Pacific.  The way that the prisoners, (especially a high-profile Olympian like Louis), were treated wasn’t by typical torturing to try to get information.  The Japanese knew that it is possible for a body to withstand torture if the will is strong enough.  They instead did everything they could to destroy the dignity and soul of those whom they captured by treating the prisoners like animals and stripping them of their sense of being a human being.   This was true slavery, and Louis recalled how it was far worse than anything that they had to endure…even suffering for 47 days in the middle of the sea with no food or water.

I was recalling this story when I was reflecting upon the effects of sin on the life of a human being.  In a very real way, when we are not moving towards God in our lives, and in a sense “missing the mark”, we begin to desecrate the image of God that is within us.  We separate ourselves from God and begin to do immediate harm to our souls.  The dignity that we should have as beings created in the Image and Likeness of God, which places us even above the angels in heaven, is stripped away.

We give thanks to God, Whose last act before going to the cross, was to offer us a way to restore our dignity as Human beings through the Holy Eucharist.  The partaking of the very body and blood of God Himself, this is where union with God is fulfilled!  It is through the preparation and partaking of It where we once again are made complete in our humanity and complete in the way we were created to be.  This is a tremendous gift that I believe sometimes we take for granted, and it is also why it is extremely dangerous to miss even one Divine Liturgy as an Orthodox Christian!

That being said, we have to be careful how we approach the Holy Mysteries.  Along with all of the Fathers of the Church who came after Him, St. Paul offers a warning to all about how we approach this incredible gift of Love from God that, despite turning our backs on Him through sin, He still offers to us out of his Love for mankind.  He says:

We need to be vigilant.  We need to be prepared and in the right state of heart to receive the Eucharist dear ones.  Regular confession, fasting, and preparation are required of us.

Part of the preparation I speak of, is the importance of praying those beautiful Pre-Communion prayers, that should be said by every Orthodox Christian before they receive the Holy Eucharist. These prayers are incredibly beautiful.  In them, we are reminded of two things:

First, we realize just how unworthy we truly are to walk up to the chalice during a Divine Liturgy.  Each of the prayers those pre-communion prayers are meant to humble us, and to help us realize that we have been living lives that are less than human, and not worthy of what we were originally created to be.

One particular prayer written by St. John Chrysostom points to this reality when he says:

“O Lord my God, I know that I am not worthy nor sufficiently pleasing that You should come under the roof of the house of my soul, for it is entirely desolate and fallen in ruin…and Thou will not find in me a place worthy to lay Thy head.  But as Thou didst humble Thyself from on high for our sake…humble Thyself to my lowliness.”

God forbid we ever view the Eucharist as some kind of “right” that we have as Orthodox Christians to receive.  God forbid we ever approach and say: “I have been pretty good recently, and think I am well deserving to receive this Gift from our Lord this week.”  It is this kind of lukewarm faith that scripture says will cause our Lord to spit us out!  No…we are called to humble ourselves.  We bring ourselves down low, following the example of our Lord who went to Golgotha, and first went down below to preach to those in Hades, before being resurrected and lifted up into the Kingdom.

The Second thing that is beautifully brought out in the pre-communion prayers, is how incredible the Love of God is towards His Creation.

“You have come in these latter days because of the abundance of Your goodness.  You have put on our human flesh, and was crucified and buried for us thankless and graceless men, and through Your Own Blood, You have renewed our human nature, which is corrupted by sin….O Lord, since You do not remember evil, but art long suffering and of great mercy, You have not given me over to destruction for my lawlessness, but has ever awaited my conversion.”

What a merciful Lord we have!  Despite how many times a day we walk away from Him, if we take but one step towards Him through humility and repentance, He comes 1000 steps towards us in Fatherly Embrace.

May we all be made worthy to receive the incredible Mystery of the Holy Eucharist…that unites us with our Lord in ways that go beyond our imagination…making us once restoring our dignity and transforming us once again into complete human beings.