On Preparation for Holy Communion 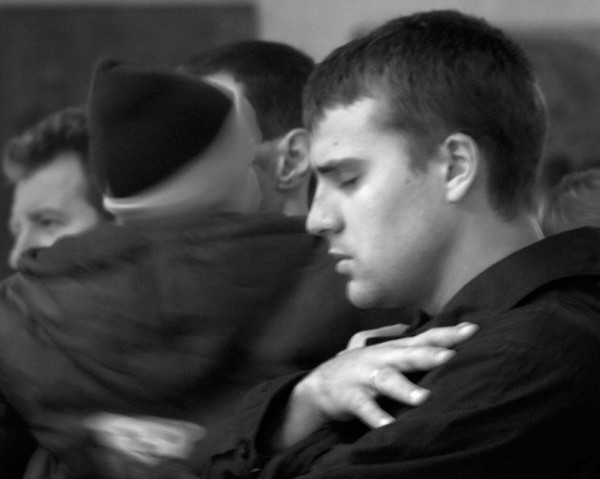 In the Russian tradition, there are three essential element of preparation for communion: fasting, confession and a certain prayer rule. When it comes to fasting, there is a great degree of confusion. No-one seems quite certain about how many days to fast. Four days (Wednesday through Saturday)? Two days (Friday and Saturday)? How does the frequency of communion affect the number of fasting days? Should Christians forego the fast altogether is they commune every week? Why? Are they able to prepare for communion without fasting? If so, perhaps, the faithful who commune every two weeks or once a month also could prepare for communion without fasting. How strictly should one fast? Should it simply be a vegan diet or should it be a real fast in the fullest sense of that word?

Most commonly one hears that the person’s spiritual father should offer guidance in all of these questions. While this sounds like a fine advice indeed, in practice, most people do not have spiritual fathers. They may have a parish priest who knows them more or less, but there is a limited number of people (very small) that one priest can know very well in any parish. In larger parishes, the priest simply does not know all of his parishioners very well and, thus, offers the same generic advice to everyone. The priest decides what rule appeals to his own sensibilities and promulgates it in his parish. The sad truth is that in large parishes pastoral work is more of a mass-production craft than a specialized individual-centered art. Perhaps, this is why after two millennia of celebrating the Liturgy we are still puzzled as a Church about fasting on a Saturday before Sunday communion, and if to fast then how strictly. This situation becomes even more confusing when pastors advise their parishioners to fast on Saturday before communion while they themselves observe no fast even though they are preparing to celebrate the Liturgy. (Although, I have heard of a diocese where the ruling bishop instructed all clergy to abstain from meat on Saturdays.) Perhaps, a comprehensive theology of Saturday as the Sabbath, the celebration of God’s creation is in order with a clear understanding of how this celebration is connected to the Eighth Day, the Day of the Lord which follows.

Two things could be done to help move the present situation in a positive direction. First, we must move away from the idea of fasting as a vegan diet with various dispensations–for the young, the old, those who study, those who work, those who do not feel well in any way, the clergy, those who commune often, those who rarely come to church (lest we scare them off by requiring them to fast), etc. This is nothing less than a profanation of fasting, a mockery. One thoughtful man once commented to me that it was healthier to eat a small piece of meat than to eat “ten plates of pasta.” He was most certainly correct, and yet for some bizarre reason the one who ate a small piece of meat would be considered breaking the fast and would have to repent of that transgression, while the one who stuffed his belly with ten plates of pasta or a vegan ice cream cake would be considered a pious faster. Isn’t it time we re-think this situation?

Confession is typically a standard in the Russian Church, and I do not wish to dwell on the specifics here for one simple reason: in the Russian Church, most people do go to confession before communion, even if it is every single week. The quality of their confession is truly something that should stay between them and their confessor. Some are skilled at watching themselves and noting the symptoms of their fallen nature, others are not as skilled. Some are comfortable about telling the priest the dirtiest thoughts they have ever had (this seems to be the usual “hang-up”–not murder or theft), others are not. But what should be noted here is that many people misunderstand what confession truly is.

It is often understood that to confess is to announce one’s sins and to feel sorry for having committed them. This leads to at least two problems. It is very much possible to continue to sin and to announce at every confession that I have sinned and do genuinely feel sorry about that. The second problem is what to do with sins which are not acts but conditions or states. I can confess that I was irritable this week, and yet I have already confessed that last week and have a pretty good idea that I will need to confess this again next week. Just as we discussed earlier, most people do not have a spiritual father who is able to spend a lot of time working with them and guiding them on their spiritual path. Parish priests, try as they may, have a limited amount of time to spend with a person during confession, especially if there is a queue of other parishioners waiting. Clearly, we as pastors should try harder and put more effort into guiding our flock. One simple mental dichotomy seems have been useful to some of my parishioners in the past. 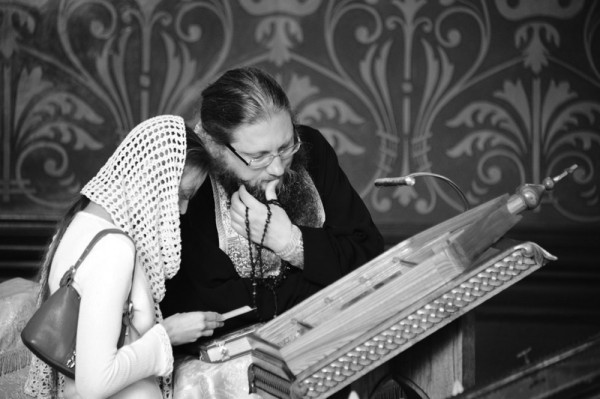 I propose separating the terms ‘confession’ and ‘repentance.’ Repentance could be defined as a firm decision to turn away from sin and to change one’s life. Of course, with sins that are acts it may be possible to completely stop committing them, with sinful states in may be a long process of healing, but what is important is the person’s firm decision to begin the work of changing his or her mind–metanoia.

Confession, then, is the rite of sealing that sacramental work of repentance which took place in the person’s heart and mind, it is the prayer of the Church for the healing of this person and the ritual act of reconciliation of the repentant sinner and the Body of Christ. Clearly, repentance as a sacrament can happen and would be valid even without the rite of confession; confession, on the other hand, would be completely useless without repentance.

Defined in this way, it is not confession per se but repentance which is necessary preparation for communion. By placing the focus on repentance rather than the rite of confession we would form an understanding that the sacrament is not what happens in church, often in a rush, but what happens in the heart–perhaps, at a different place and a different time. In other words, the work of repentance is not limited to a few minutes under a stole, but continues throughout the week and, indeed, throughout life.

Finally, the prayer rule before communion–the last-but-not-least of the three parts of preparation–is yet another confusing point. While its content is undeniably edifying, it is not at all clear whether all are obliged to recite the entire rule in every situation. Is it, for example, more important to attend the evening vigil or to recite the rule if one had to choose only one? This is not an idle question. Many young families with several small children who live far from a church do find it difficult to find time for both on a Saturday night.

There are many pious people who do make the effort and take the time to recite the entire prayer rule before communion. But many others do not for various reasons, the main of which is usually identified as the lack of time. This is not always so; sometimes, it is the lack of desire or laziness. But even among those who do recite the entire rule, there is a concern that their recitation is not attentive, that they do it just to fulfill a prerequisite for communion, rather than as an expression of their inner prayer.

Metropolitan Kallistos (Ware) once noted that it is more important to pray more often throughout the day, than for longer periods at one time. Perhaps, this could be a way of looking at the prayer rule before communion. What if instead of “cramming” the rule into Saturday and Sunday between and around the vigil and the Liturgy, we reformatted the rule to envelop the entire week in the theme of preparing for communion? One pre-communion prayer could be added to morning and evening prayer throughout the week, thus allowing for twelve prayer to be said in six days. The evening prayers on Friday could be replaced with the akathist to the Theotokos, and the morning prayers on Saturday could be replaced with the canon before communion. Or, perhaps, some other format could be envisioned which would allow those who think they do not have the time to pray more often, rather than for longer on any given day, and those who do find the time but struggle with concentration could focus on just one prayer at a time and make it the most meaningful they can. The additional benefit would be that the entire week–not just a couple of days or a few hours–would become a spiritual journey filled with anticipation of communion with Christ.

Thus, if preparation for communion were transformed–through true ascetic discipline of fasting, prayer and repentance–from a list of chores to complete into a process of living in Christ, being crucified in Christ, rising in Christ and ascending in Christ, it could become a reflection of the missional dimension of the Liturgy. And the Eucharist could cease being the time when Christians “do church” and become the crown, the pinnacle, the crescendo of the rest of the week, that which manifests the meaning of the effort of the life in Christ and is a visible sign of the reality of Christ’s presence on all other days and at all other times throughout the week.