Returning to “Normal” Is Not an Option

Source: St. Mary Magdalene Orthodox Church
When we examine our lives, where does our true focus lie?  Do we see things through the lens of our spiritual lives, asking ourselves how our day to day decisions can lead us closer to Christ?
Fr. Gabriel Bilas | 05 June 2021 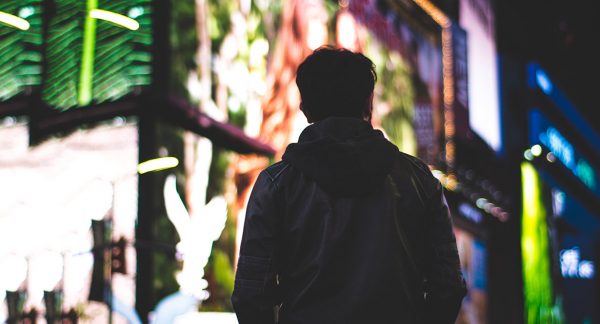 Christ is Risen! Indeed He is Risen!

This past week, I was able to finally send you all the email that I have been waiting for over a year to send you:  The blessing for our Church life to completely return to the way things were before the pandemic began.  After I received the email from His Eminence, I spent some time in reflection over the events of the past 16 or so months.  I went back and read some words that had written to all of you on the last Sunday that we were together, before the entire world shut down:

Throughout the world, we certainly saw our share of persecution towards the Church, with many countries and states over-stepping their bounds when it comes to the closing of Churches.  It was one thing for the Hierarchs to close down the Churches as a precaution.  We as Christians remain obedient to those directives.  It is an entirely different animal when an external force or government tries to dictate Church life by barring the doors and in some countries, banning the Holy Eucharist.  The external persecutions were evident throughout the world, but for us living in a mostly free country, they were not as bad as the internal persecution that plagued each and every one of us.

We had (and many still have) a fear of the unknown.  We struggled with obedience.  Having to watch the Divine Services through a computer or television screen, while it was an aid at times, also served as a painful reminder of the Grace that we were temporarily separated from.  All of the frustration…all of the anger…all of the fear…all of the distractions are no more.

Now, there is a lot of talk about going back to “normal”, back to the way things were before this pandemic began.  Is this what we begin to do this morning in the Church?  Or do we do as our Lord encouraged the Disciples this morning in the Gospel, to “Lift up our Eyes” and ascend to something greater?

The Epistle Reading from Acts gives us some interesting insight on what happens after the Church undergoes persecution.  We read how after the martyrdom of Stephen, a persecution of Christians arose, causing the faithful to scatter throughout the entire region.  Yet the flame of the Holy Spirit can never be snuffed out, and despite the hardships, we hear how The Faith grew, not only amongst the Jews, but throughout the entire world.

There is a saying that we hear often when we read about Orthodox Christian History:  “The Church was built by the blood of the martyrs.” Why do we say this? Because we see not only in scripture, but throughout history of what happens when the Church undergoes persecution.  We see it today in countries like Russia and Romania who were under an atheistic communist rule in the last century.  In these countries today, after being denied the Church for so long, the faithful are growing in numbers that have not been matched in centuries!  Baptisms, packed Churches (not just for Christmas and Pascha), the infusion of the youth back into the Faith; this has been the norm for centuries after persecution occurs towards the Church and it’s faithful!

Despite the restrictions and the personal struggles, we were blessed here in our little parish to see some growth in our numbers.  We not only had new members come who were searching for the fullness of the Christian Life, but we also saw a record number of people this year make Lent and the Lenten services a priority, which was an incredibly uplifting thing to see!  Our community has certainly grown, but now as we close the book on this past year, it is time for us to THRIVE.

Our Lord, when speaking to the disciples in today’s Gospel, gives us a wonderful commission that we can take with us in the aftermath of this past year.  After His conversation with St. Photini at the well, Photini left her water jar and went back to the city and told the people:  “Come, see a man who told me all that I ever did! Could this be the Christ!”  The people then were coming out of the city towards Christ, Who told the Disciples:  “Lift up your eyes, and see how the fields are already white for the harvest!”

“Lift up your eyes!”  In commenting on this verse, Origen, who was a great early biblical commentator, said:

“No one who indulges his passions and clings to the flesh with a concern for material things, has observed the command that says “Lift up your eyes”. Such a person will not see the fields, even if they are “already white for harvest”.

When we examine our lives, where does our true focus lie?  Do we see things through the lens of our spiritual lives, asking ourselves how our day to day decisions can lead us closer to Christ?  Do we spend more time obsessing over the news and chatter about worldly things like politics, pandemic responses, and finance than we do reading from God’s Holy Words to us in scripture?

If we are to teach others how to embrace this life of Christ, we have to first do it ourselves by spending more time in prayer and meditating on the things above, instead of lamenting and being paralyzed by the things below.

And see how the fields are already white for the harvest! Once we begin to lift up the eyes our own souls, we will realize that after a year of chaos, the world is THIRSTING…not for a return to normal, but for NEW LIFE.  We need only to lift up our eyes, and to show them the door.