The Four Stages of Orthodox Life 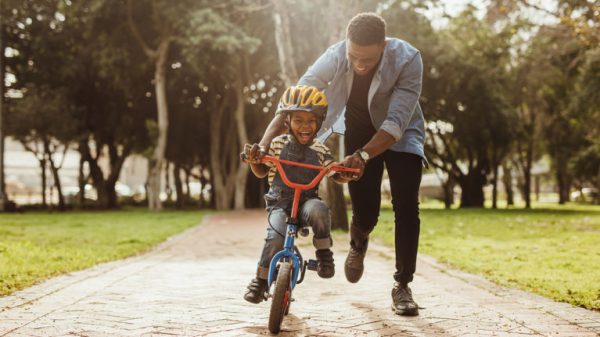 In CS Lewis’ essay “Talking about Bicycles,” there is a useful illustration of the four ages (or stages) we encounter in life: Unenchanted, Enchanted, Disenchanted, and Re-enchanted. We go through at least some of these stages in nearly everything that catches our interest.

Regarding bicycles, he reflects how there was a time he was Unenchanted and didn’t care at all for them. Then, he learned how to ride one as a boy and felt like he could fly – the joyful gliding through the woods and parks, from one shadow of a tree to the next. He was Enchanted. Then came the stage where the bike was his mode of transportation to school. This Disenchantment was drudgery that felt uphill both ways. Later in life, he began riding again for work and remembered those thrilling moments of his boyhood explorations and adventures on the bike. It brought about a Re-enchantment that made bicycling a heart-warming experience at times — though he still waffled between Disenchantment and Re-Enchantment but perhaps without the bitterness that often accompanies the third age.

My concern is to apply this illustration to the Christian life, and Orthodoxy in particular. Since there is no inner life I know better than my own, I will reluctantly make my journey the center of focus.

For twenty-something years, I lived without having heard of the Orthodox Church. I was Unenchanted with it. When I eventually read about Orthodoxy, it was in a Protestant history book that dismissed it as being little more than the eastern half of the Roman Catholic Church.

For reasons too many to recall here, I became interested in learning more about Orthodoxy. The more I learned, the more I fell in love with it. There was theological wrestling, for sure. But these weren’t problems with Orthodoxy as much as they were problems with erroneous ideas that I held because of ignorance. With time, I became quite Enchanted with Orthodoxy. I read many of the Church Fathers, I went to every church service, I was excited about fasting, I completed many services at home, I prayed through the Psalter often, I hanged icons everywhere, and I was quick to tell others about my new found faith.

After a few years, my excitement faded. My feet and back hurt as I stood through the lengthy and multitudinous services, prayer time often felt dry, I sighed often, I groaned at the approaching fasts, and I hit my books with less enthusiasm. When people heard I was Orthodox and assumed I was Jewish, I almost didn’t care. I was Disenchanted. Some may call this the dark night of the soul. Whatever you want to call it, this is often the breaking point for those who leave the Orthodox faith. We convert, everything is beautiful and exciting, but then the hard work of being a Christian weighs down on us.

The Disenchantment phase leads to accidie (depression and listlessness), frustration, self-pity, and a lack of zeal. The world offers us comforts that are often too sweet for us to turn down. We are tempted to find some “balance” between Orthodoxy and worldly pursuits, which results in a gradual spiritual death.

Here I must offer my readers a fair warning. Perhaps I have reached the fourth state of Re-enchantment, or perhaps I am not nearly as mature as I would like to think. But if I am at the fourth stage, here’s what it might look like:

Rather than attempting to look, dress, talk, and act like a pious 18th century Russian or Greek Orthodox peasant, I began to learn who I am. Frequently getting knocked down in the spiritual realm, going to confession, wiping up the blood, and getting back into the spiritual ring taught me many things about myself. I found my limits. Stress in spiritual effort usually indicated I was counting on my strength rather than relying on God. Sometimes it was pride. Other times I naively bit off more than I could chew.

In this fourth stage, I found a prayer rule that works with the rhythm of my life. I attend most services but don’t beat myself up over the ones that I miss due to life’s responsibilities. I try to fast in a way that makes the spoiled little brat inside me flustered but doesn’t keep me hangry (hungry and angry). Balance doesn’t mean finding ways to fit Orthodoxy into my schedule. Instead, it is finding who I am in the Church, what my limitations are, and how I can stretch a little without breaking.

Many days are spent waffling between the third and fourth stages. I have found during these times that creating inertia is important. What that means is something like this: It’s time to go to vigil, but I would rather stay home. So, I force myself to go. When I do that, I receive spiritual benefit. My feet and back hurt, my mind wanders, but I try to focus periodically on what is being said and sung. I benefit in ways I can’t explain. An invisible transformation process happens, and I leave the church at peace with God and with my fellow man. But the discipline of creating inward and outward movement was crucial to pushing me out of the third stage and into the fourth.

Re-enchantment, I believe, does not happen automatically. Nor is it a steady state of being. It probably would be, except we have our sinful passions and demons waging war against us. That means we reach it when we push ourselves a little bit. But then temptation and self-love pull us back. Apathy, sloth, and procrastination are some of the greatest enemies here. If we are established in the faith, it is unlikely we will do anything hugely scandalous. It is the gradual cooling, the daily chipping away at our souls that can cause us to quietly fade from Disenchantment to apostasy.

From reading about the saints, I would like to venture to guess there is a fifth stage that I will call Hesychia. Those who find it know it is reachable only after a lifetime of struggles, cultivating love for God and neighbor, and by the grace of God. Through repentance, humility, love, and prayer, we learn to quiet the mind. In the stillness, God whispers to the soul and wraps it in the sweetness of grace. There is heavenly silence that reigns here. All creation comes alive to such a soul, and it hears the songs of Paradise to which our ears have fallen deaf. Such a soul prays continuously to God whether awake or asleep. Hesychia is not something the person tries to practice. Rather, it is the fruit of a healed soul that is no longer fragmented by this world.

The love of God wounds such a soul. Paradise is blissful, beautiful, and painful. It hurts because some are fleeing from it. Tears flow as the hesychast prays and weeps for those in the world. Paradise is also painful because the practitioner of stillness wants to dwell there exclusively but must finish his years in this fallen world. But he holds fast to the hope of being eternally united to Christ, the love of his entire being.

For the Disenchanted, hang in there. This is a normal state. There is grace if we continue to pick up our cross daily and struggle just a little bit more. For those who, like me, waffle between the third and fourth stages, keep up the inertia. Don’t let spiritual laziness get the upper hand. Droughts and dry seasons force trees to push their roots deeper. Keep praying, keep going to confession, and when you get knocked down, get back up and start over again. There’s no magical solution. Victory comes through the grace of God meeting our raw willpower refusing to give up.