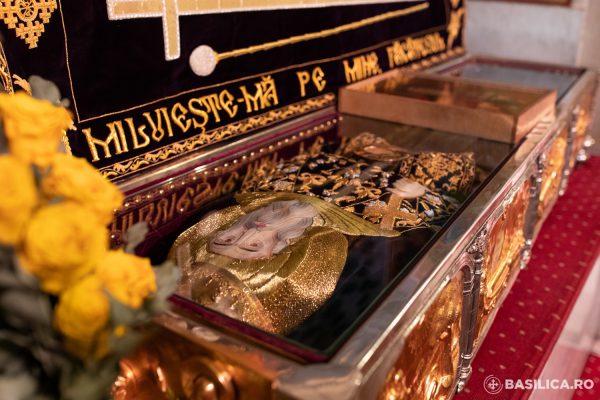 The Holy Synod of the Romanian Orthodox Church resolved to establish a new feast dedicated to Saint Demetrius the New. The Translation of the relics of St. Demetrius the New to Bucharest will thus be officially celebrated on July 13, beginning in 2024.

Saint Demetrius the New is the patron saint of Bucharest, and his feast is one of the most important pilgrimages in Romania.

2024 marks 250 years since the relics of St. Demetrius were brought to Bucharest by General  Ivan Petrovich Saltykov, who took them from the village of Basarabov, near Ruse, to protect them from Turkish invasion during the Russo-Turkish War of 1768-1774.

When the procession arrived in Bucharest, a rich merchant named Hatzi Demetrius, as well as Metropolitan Gregory II of Wallachia, asked the Russian general to leave the relics to the Romanian people and the Metropolis, as a consolation for the many material damages and sufferings endured by Romanians during that war, especially since the saint was a Vlach (Romanian).

Listening to their wishes, the relics were placed with great honour, in July 1774, in the Metropolitan Cathedral of Bucharest – today the Patriarchal Cathedral. Only the right hand of Saint Demetrius the New arrived at Kyiv-Pechersk Lavra in Ukraine, where it is preserved to this day.

Metropolitan Filaret II of Hungaro-Wallachia (1792-1793) proclaimed Saint Demetrius the New as the spiritual protector of the Metropolitan Cathedral and of the city of Bucharest.

Over time, the saint responded to the prayers of the people, driving away plagues and refusing to be moved from the Cathedral – both when the relics were stolen during World War I and when the Communists planned to move the saint out of the city and close the Cathedral.

Saint Demetrius the New is commemorated on October 27.