KALININGRAD, January 30 (RIA Novosti) – Eight military clergymen will be assigned to Russia’s Baltic Fleet in 2013, a Western Military District spokesman said on Wednesday, as part of a program to restore a full-scale chaplain’s service in the Russian Armed Forces. 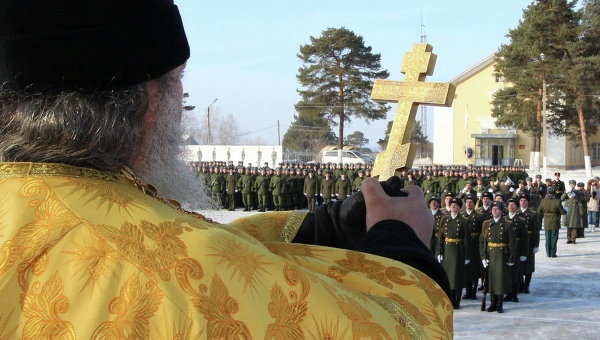 The military chaplains’ main duty is “to meet the spiritual demands of military personnel and to improve morale and discipline in military units,” Capt. 2nd Rank Vladimir Matveyev said.

Two priests have already been assigned to the Baltic Fleet’s air defense brigade and a naval infantry unit, he said.

“Six more chaplains will be assigned to Baltic Fleet units stationed in the Kaliningrad region and to the Baltic Naval Institute this year,” Matveyev added.

Russia is planning to appoint about 400 military clergymen. The Russian Army included a military priesthood from the 18th century to the start of the Soviet era.