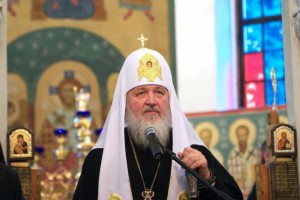 The Russian Orthodox Church will never recognize same-sex marriages, even though it acknowledges freedom of choice in pursuing a certain way of life, even if a sinful one.

A statement to this effect was made by Patriarch Kirill of Moscow and All Russia during his meeting on Tuesday with Secretary-General of the Council of Europe Thorbjorn Jagland.

The Russian Orthodox Church is concerned because this sin, which existed at all times, is now being justified through the instruments of the law, the patriarch said as he commented on the recent approval of same-sex marriages by parliaments in France and a number of other countries.

The Russian Orthodox Church, he added, was shocked to learn that the opinions of millions of French people who protested against the same-sex bill were ignored by French lawmakers as they pushed the bill through by a few votes.