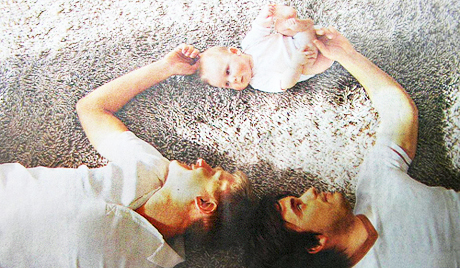 A law that allows homosexual couples to marry has come into force in England and Wales. Dozens of homosexual couples are lining up in municipalities. The law was adopted last summer, but it took the government half a year to coordinate it with a civil law. Scotland adopted the same law this February. Sir Elton John is the first famous representative of LGBT movement in the UK, who has decided to organize an enchanting marriage with his partner. He is to marry David Furnish, his permanent partner for 12 years by now, in May. Elton John is so glad that all conventions have been repealed that he is planning to organize two marriage ceremonies. The second one is to be hold in Los Angeles, where the couple lives.

Britain’s Prime Minister David Cameron said to Pink News magazine that he was very glad about the changes. Finally, marriage has become an equitable institution in the country, he said.

The joy of the homosexual community isn’t complete. The law prohibits English church, which is the State church, from marring off LGBT representatives. The law also allows representatives of other religions to deny marriage to homosexuals. Thus, it wouldn’t be considered discrimination.

We stand against homosexual marriages because we want to protect a centuries-old marriage institution, but we don’t hate homosexuals, Andrea Williams, Head of Christian Concern British organization, says.

“We can’t just re-form an institution that has been existed for the whole history of mankind. Doing this is a complete egoism and arbitrariness. It has nothing to do with protection of human rights. This is an attempt to impose the supremacy of one’s culture, revaluing the very definition of marriage through this culture. “

The results of a BBC survey say that 20 percent of Britons don’t recognize unisexual marriages. If they are invited in such ceremony, they will deny the invitation. However, the Britons are not against unisexual couples, they just don’t want to call these unions a marriage as the marriage is defined as “a union between a man and a woman”.

We can change the rules or definitions of social status in high life, but we can’t violate God’s commandments, Rev. Steven Hanna, a clergyman of Anglican Church, says.

“Whatever rules Anglican Church impose, I think it’s inadmissible for a clergyman to bless something that God doesn’t bless. “

Catholic diaspora in Britain denies such unions as well. There are nearly five million Catholics in England and Wales that equals to nine percent of the population. There are more than 16 percent of Catholics in Scotland and nearly 40 percent in Ireland. The latter has decided to close a discussion on the issue. People from Catholic parts of Britain fear that the issue may cause a lot of problems as Catholics and Protestants are at odds with each other there.

Cardinal Keith O’Brien, former primate of all Scottish Catholics, called the law “complete madness, grotesque distortion of common recognition of human rights” and an attempt to destroy an actual of a human life.

“Unisexual marriages completely destroy basic child’s ideal of mother and father. The government is trying to exterminate a universal human right. Such actions will breathe upon the reputation of the UK. “

Supporters of homosexual marriages don’t rejoice wherever they want. Thus, on the referendum of December 1, the Croatians rejected the same law, with 66 percent of votes against 34.