Source: CatholicCulture.org
Patriarch Kirill of Moscow and All Russia | 27 May 2016
The head of the Russian Orthodox Church received a delegation from the Ecumenical Patriarchate of Constantinople on May 24 and lamented the secularization of Europe and the United States. 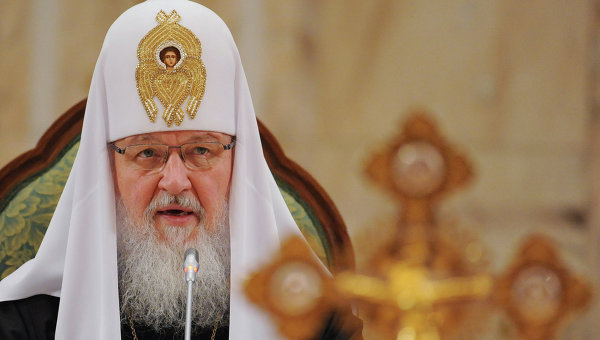 “We are deeply worried to see what is going on in the Christian world,” said Patriarch Kirill of Moscow, who referred to the “ongoing de-Christianization of the European and American civilization” as “an apocalyptic scene: sin is affirmed by law.”

“As you know, we underwent a period of state atheism,” he said in reference to over seven decades of Soviet Communist rule. “However, the moral paradigm remained Christian in its major aspects. This is what saved us: our literature and fine arts were permeated with Christian ideas, hence the morality of our people remained Christian.”

Patriarch Kirill added that today the Russian Orthodox Church “has universities of her own, as well as over 40 seminaries, a thousand monasteries, Orthodox TV channels, journals, newspapers.”