Russian Parish in Miami Transfers to Patriarchate of Constantinople 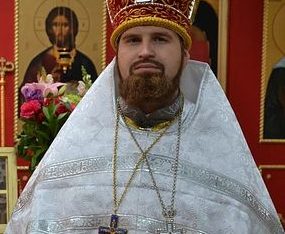 Miami, October 18 – The most numerous Russian Orthodox parish in Florida has joined the jurisdiction of the American Archdiocese of the Constantinople Church, its head Archimandrite Alexander (Belya) said, reports Interfax.

“The American Archdiocese of the Orthodox Ecumenical Patriarchate has taken our parish under its omophorion. I kept my sacerdotal rank and the right to conduct services and wear a frock and a cross. The parish of St. Matrona was given the right to serve according to the old calendar, to which we are used, and in the Church Slavonic language. We were given not only the cover of the patriarchate to which Holy Mount Athos belongs, but also the protection of the government of the United States. You will not have to choose between freedom of religion and freedom of speech anymore,” the priest told his flock in the church.

The Parish of St. Matrona of Moscow in Miami was created in 2011 by the care of the Russian-speaking diaspora and Archimandrite Alexander (Belya) with the blessing of Metropolitan Hilarion, the head of the Russian Orthodox Church Outside Russia (ROCOR). In 2015, the flock purchased a former Methodist church, which they re-equipped according to the Orthodox tradition.

The church was sanctified by the head of ROCOR in the presence of 2,000 flock and the mayor of the city and a representative of the Florida governor. The church was later given cathedral status. The cathedral has a Sunday school sponsored by the parish, which is the only free educational establishment in Miami where the language of instruction is Russian. The flock is also sponsoring the rebuilding of the St. Nicholas Monastery in Fort Myers.

The investigation against the Belyas began when Archimandrite Alexander managed to get his name sent to Moscow as a nominee for vicar bishop of Miami in ROCOR, despite the fact that he had not been nominated. Elections to the episcopate for ROCOR must be confirmed by the Holy Synod in Moscow, and the matter caused no small amount of confusion when the Synod met on August 30 to confirm the election of Archimandrite James (Corazza) as bishop of Sonora and also had the name of Belya before them.