Saving My Neighbor – Just How Connected Are We? 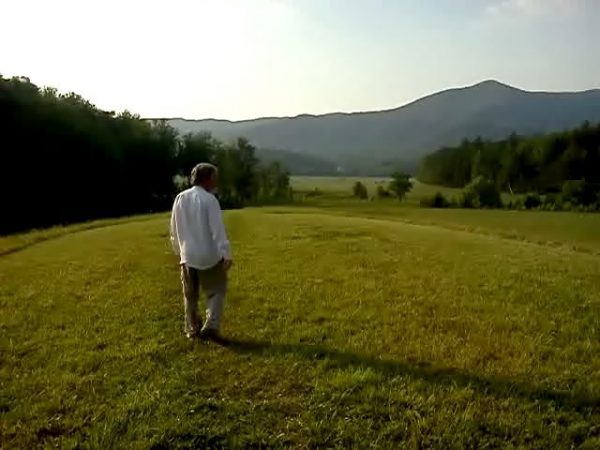 If you are in the “helping professions,” confronting problems in people’s lives, it doesn’t take long to realize that no one is purely and simply an individual. The problems we suffer may occasionally appear to be “of our own making,” but that is the exception rather than the rule. Whether we are thinking of economic or genetic inheritance, or the psychological and social environment, almost all the issues in our lives are a matter of “connection.” The same is true when it comes to virtue and wholeness. Saints are not a phenomenon of individuality.

There is a model of what it means to be human that is simply wrong, regardless of its elements of truth. That model envisions us primarily as free-agents, gathering information and making decisions. It emphasizes the importance of choice and the care with which decisions must be made. It lectures long on responsibility and the need to admit that we are the primary cause of our own failings. It praises hard work and admires those with creative insights. Success comes to those who master these virtues and we encourage everyone to take them as their models.

This model of human agency is written deep in the mythology of American culture, and, with its global influence, has become increasingly popular elsewhere. Many elements of contemporary Christian thought assume this model of agency to be true and have interwoven it into the notion of salvation itself. The scandalous popularity of the novel teachers of prosperity and personal-success-schemes have raised this model of humanity into something like cult status. But even those who are scandalized by such distortions of the gospel often subscribe to many of its ideas. Those ideas are part of the “common sense” of our culture.

They are also part of the nonsense produced by our culture’s mythology. There is virtually nothing about human beings that, strictly speaking, is individual. Beginning from our biology itself, we are utterly and completely connected to others. The same is true of our language and our culture. None of us is an economy to ourselves. Even those things we most cherish as uniquely individual are questionable.

We celebrate choice as the true signature of our individuality. However, if you scrutinize decisions carefully, they are something less than autonomous exercises of the will. Americans have a strange way of choosing like Americans (often to the dismay of the rest of the world). We are “free agents” who play the game of life on a field that is deeply slanted.

As I noted at the beginning, it is easy to describe the many-sourced nature of failure. With a bit more effort, we could see that “success” is equally derived from many sources outside of the self. It should not be surprising then, to see that salvation (and condemnation) are also corporate matters rather than strictly individual. Indeed, the corporate nature of our existence lies at the very heart of the classical doctrine of Christian salvation.

One of the earliest complete accounts of Christian salvation was written in the 4th century by St. Athanasius the Great. It has long been recognized as a touchstone of Christian theology. In that work, On the Incarnation, St. Athanasius explains in detail that the salvation of humanity is brought about through the action of God becoming human. The work of Christ’s death and resurrection are not external to our humanity. Rather, their power to work salvation lies precisely in the fact of our communion with Him through the single common human nature that He assumed. Our cooperation with that action completes and makes effective what has been given to the whole of humanity through the God/Man, Jesus Christ.

Our cooperation (a choice) is only effective, however, because of the communion established in the Incarnation. Salvation is not a reward given to someone who choses correctly. Salvation is a new life that is lived as a communion, a mutual indwelling (koinonia).

That primary saving reality, our common nature and its communion with the God/Man, is something that has largely been lost in our modern understanding, dominated as it is by the myth of individualism. Christ’s incarnation is only effective if our humanity has a corporate reality (it would make little sense otherwise). It was classically summed up in the fathers by saying, “He became what we are that we might become what He is.” This is only possible if there is, in fact, a “what” that we all share. This “what” makes possible not only our communion with Him, but also our communion with each other.

St. Silouan famously said, “My brother is my life.” He was not speaking figuratively. Rather, he was giving assent to the very mechanism of our life and salvation. We were created to live as beings-in-communion. Adam declares of Eve, “This is bone of my bone and flesh of my flesh.” The story of sin is the story of the disruption of communion:

And I will put enmity Between you and the woman, And between your seed and her Seed; He shall bruise your head, And you shall bruise His heel.” To the woman He said: “I will greatly multiply your sorrow and your conception; In pain you shall bring forth children; Your desire shall be for your husband, And he shall rule over you.” Then to Adam He said, “Because you have heeded the voice of your wife, and have eaten from the tree of which I commanded you, saying,`You shall not eat of it’: “Cursed is the ground for your sake; In toil you shall eat of it All the days of your life. Both thorns and thistles it shall bring forth for you, And you shall eat the herb of the field. In the sweat of your face you shall eat bread till you return to the ground, For out of it you were taken; For dust you are, And to dust you shall return.” (Gen. 3:15-19)

The communion between persons is disrupted, as well as the communion with animals and creation, all ending in the dust of death. But even that death is a communal death: none of them die alone.

For none of us lives to himself, and no one dies to himself. For if we live, we live to the Lord; and if we die, we die to the Lord. Therefore, whether we live or die, we are the Lord’s. For to this end Christ died and rose and lived again, that He might be Lord of both the dead and the living. (Rom. 14:7-9)

For the earnest expectation of the creation eagerly waits for the revealing of the sons of God…. because the creation itself also will be delivered from the bondage of corruption into the glorious liberty of the children of God. (Rom. 8:19, 21)

[God has] made known to us the mystery of His will, according to His good pleasure which He purposed in Himself, that in the dispensation of the fullness of the times He might gather together in one all things in Christ, both which are in heaven and which are on earth– in Him. (Eph. 1:9)

The modern myth of human beings as individual, self-contained moral agents is not just incorrect. It is also a tool of deception. The myth is often used to absolve us from the mutual responsibility that constitutes a just society, as well as to falsely blame individuals for things over which they have little or no control. That contemporary Christianity is often complicit in this deception is perhaps among its greatest errors.

It has long been observed that the greatest weakness of the Reformation was ecclesiology (the doctrine of the “Church”). Reformers found it difficult to articulate the reality of “the Church” without undermining their own reforming project. From its inception, the Reformation was not a single work, but an immediate work of divisions and competing reformations. There has never been a “Protestant Church,” only “Churches” that were mutually exclusive in their origins. That modern ecumenical theories have invented the notion of the “invisible Church” to mask this essential failure does nothing to address the real problem. Indeed, it has provided the fertile ground for the individualism of the Modern Project with all of its concomitant destruction.

It is deeply scandalous today to quote St. Cyprian’s contention that “there is no salvation outside the Church.” It might be better understood if it were acknowledged that “Church,” in its true form of ecclesial existence as communion, is what salvation actually looks like. We cannot, as individuals, possess that which is only given to us in communion.

Why Everything Is Important (but not the stuff you might imagine)

My Dad was an auto-mechanic, and a good one. He worked in the pre-computerized engine days. The way…

Sir Walter Scott (1808) famously wrote: “O what a tangled web we weave, when first we practice to…

A character in a Peanuts cartoon once declared, “I love mankind! It’s people I can’t stand!” The statement accurately…