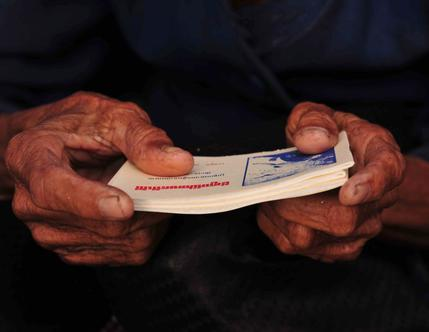 South Africa (MNN) — How much power can a few pages hold? Ask Helen Williams of World Missionary Press, and she’ll tell you the story of one of their partner groups in South Africa.

“We were approached by them several years ago,” Williams says. “They were just starting evangelism, and they wanted to reach as many people as they could in their country.”

Thanks to World Missionary Press and their Scripture booklets, they had the tools to do it. They’ve been partners ever since, but recently their contact admitted he was initially hesitant about the idea of “literature evangelism.”

This isn’t a new concern for Williams. Whenever there are groups or individuals who are unsure about using booklets for ministry, “Our experience is that once they get out there and share the Scripture booklets and see the response and the hunger for the Word and that the booklets are read rather than just thrown away, they see that it’s a sustaining thing.”

“One day he met a businessman who told him his story,” Williams says. “He had lost his home and his business due to infidelity and was contemplating suicide.”

The man checked into a hotel room with no intention of checking out. Before he could act, however, he noticed a booklet resting on the bedside dresser.

“He picked it up and he read it,” Williams says. “He went on his knees and he asked Jesus for forgiveness and for a second chance. Today, all is well with his soul, his home, and his business.” 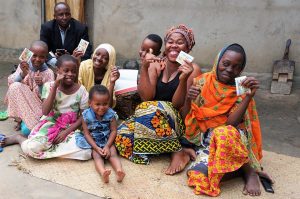 Stories like these are why Williams says it’s so important to get resources to contacts around the world.

“This is power. This is Scripture infused by the Spirit, and we have no idea where each booklet is going to land or how the Lord is going to use it. Our job is to produce it and to get it out into people’s hands, and from there God directs it to a soul that is prepared and in need.”

To send their literature out, World Missionary Press is going to need resources. Williams says she has orders on her desk for more than 100 million new booklets, including shipments to Sri Lanka, Madagascar, and South Africa.

But most of all, they need prayer.

“One of the things we pray for around here is that whoever around the world receives a World Missionary Press scripture booklet would receive good fruit and that it would bring forth a good harvest in the family.”