Serbian Church Breaks off Contacts with the Authorities of Prishtina

The discrimination of the Serbian Church is detrimental to all citizens of Kosovo and Metohija.
Pravmir.com team | 06 June 2022 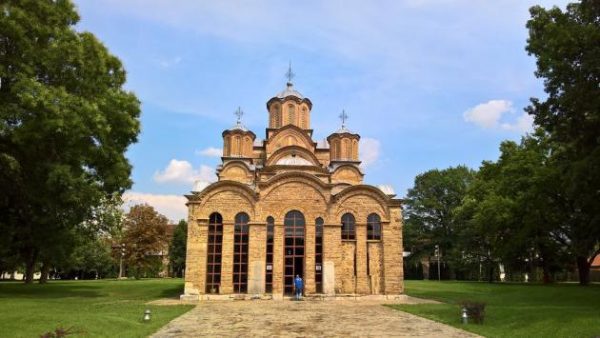 The Serbian Orthodox Church in Kosovo and Metohija is breaking off contacts with the authorities in Pristina due to “a gross violation of the rule of law and religious freedoms,” according to the Twitter account of the Visoki Dečani Monastery.

The message states that open ethnic and religious discrimination against the Serbian Orthodox Church is detrimental to all citizens of Kosovo and Metohija.

“In a situation of blatant disregard of court decisions and signed agreements guaranteed by the EU and the OSCE by the temporary institutions in Pristina, the Serbian Orthodox Church has warned international representatives about the need for special protection mechanisms,” the message reads.

The monastery also posted a photo of the just-released US State Department 2021 Religious Freedom Report in Kosovo and Metohija, which criticizes the unkept 2016 Constitutional Court rulings in Pristina that the monastery owns 24 hectares of land.

The international community has been calling on the Kosovo authorities for years to comply with the decision of the Constitutional Court and allow the Dečani Monastery to register the land in the cadastre. An investigation has been launched against the municipality of Decani, which refuses to return the lands of the medieval monastery.

Earlier Visoki Dečani Monastery achieved the return of the mark with the name of the monastery on Google maps.