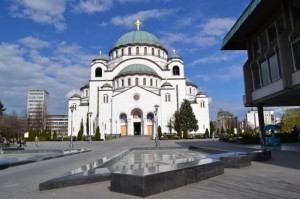 PODGORICA – The Serbian Orthodox Church (SPC) is discriminated against in Montenegro, Gojko Perovic, rector of the SPC seminary in Cetinje, Montenegro, said on Thursday, adding that he does not see as controversial the fact that the SPC delegation informed Russian President Vladimir Putin about the issue during its recent visit to Moscow, Tanjug reported.

“The SPC is seriously discriminated against in Montenegro. Only the SPC, despite having the greatest number of priests, believers and churches, did not get an agreement on its relations with the state,” Perovic told a news conference.

“Only the SPC is required to cede its property to the state, which is not required from any other religious community, and only SPC priests are being persecuted by being denied a residency permit in Montenegro,” he noted.

“The SPC and its priests in Montenegro are being put in an inferior position, as not the same rules are being applied to them as to other religious communities,” Perovic underlined.

Montenegro is the only state in the region which does not have a proper law on religious communities, but still enforces the law of 1977, from the period of the communist Yugoslavia, he noted.

The SPC asked in Moscow, not for assistance and intervention, but rather for consultant and partner relations with the Russian state and church, Perovic stressed, adding that he does not see it as a problem.