Montenegro Authorities Intend to Sign An Agreement with the Serbian Church

It is planned to determine the rights and obligations of the parties by the end of the summer.
Pravmir.com team | 31 May 2022 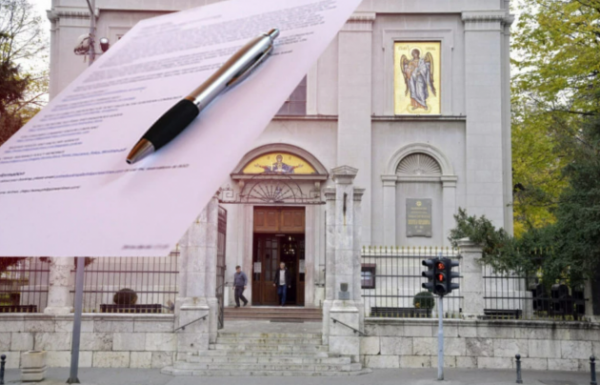 The Government of Montenegro again promised the Serbian Orthodox Church to conclude a basic agreement regulating its position in the country, as well as the rights and obligations of the parties. According to the Montenegrin Minister of Justice Marko Kovač, they plan to sign the relevant document by the end of summer 2022, reports balkanist.ru.

In an interview with Serbian TV PRVA, the minister said that the settlement of relations between the state and the Church, in this case Montenegro and the Serbian Orthodox Church, is a “natural and logical process.”

Similar agreements were signed separately in 2012 with the Catholic Church, Islamic and Jewish religious communities. The Serbian Orthodox Church, the largest and dominant in the country, has been trying to put an end to this issue for ten years, received government guarantees, but the signing of the agreement is postponed over and over again for a new period.

As was previously reported, Vladimir Leposavić, Minister of Justice of the previous government, who was dismissed in February of this year, promised to “eliminate the fact of discrimination” and conclude a fundamental cooperation agreement with the Serbian Church a year ago.