Source: Basilica.ro
A replica of a 2,000-year-old religious icon has been unveiled in Birmingham.
Pravmir.com team | 07 July 2019 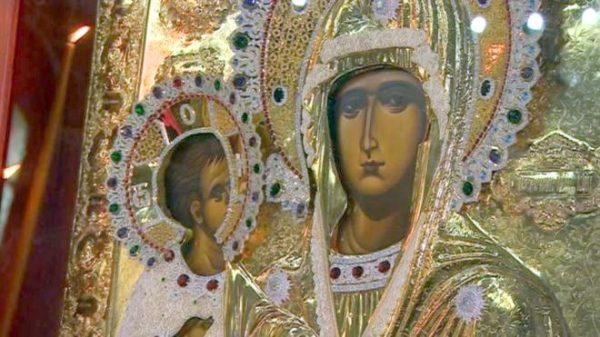 The Holy Prince Lazar church in Bournville has said it is honoured to have received the first ever official copy of Trojeručica, BBC reports.

The replica, dedicated to families of bereaved children, has arrived at the church after being transported from a monastery in Greece.

Monks from the Hilandar monastery travelled to Birmingham and a blessing took place at the church on Sunday.

One monk, Marko, said: “Although it’s very spiritual, as human beings we also need something that we can touch… and it’s there physically.”

The Trojeručica, which means three-handed has been described as the most important icon of the Serbian Orthodox Church and depicts a silver replica of the hand of Saint John of Damascus.

Very Reverend Nenad Popovic, from the church, said: “This is the first replica in this part of Europe and we are so happy that we can have this replica in our church.”

The replica will be taken around Europe in the next few months.