When God Is Silent

Source: Foma (Russian)
How to believe if you feel nothing?
Alexander Tkachenko | 24 December 2018 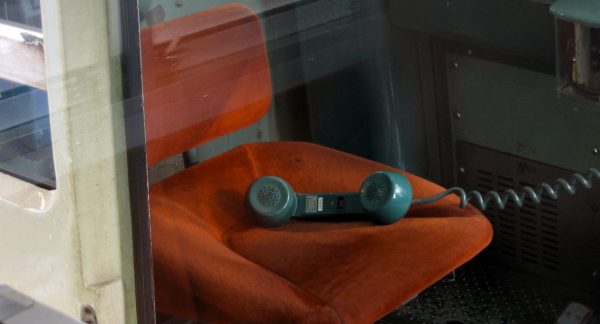 A Letter to the Editor

I do not feel God. It is a perennial problem of many who do not feel His presence in the world. I want to believe, to convert to Christianity, but I do not experience awe during the service, neither do I feel anything special or even have any life stories that attest to His presence. It is said that God answers everyone who wants to believe. So, what is the problem? Is it me? Or is it that those, who feel Him, delude themselves. Come to think of it, is it possible to prove God’s existence from within (that is, through feeling)? 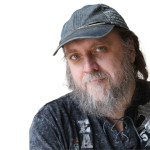 Dear Nikolay, the easiest thing would be to say that the problem is you. The very line of our communication explicitly implies that answer: after all, you wrote to the editor of an Orthodox magazine, and it would be strange to hear from us something like, “yes, everyone, who feel the presence of God, strongly delude themselves, and we will now explain why”.

However, I would not like such simplicity, or rather simplification. For the answer “the problem is you” suggests some kind of permanent faceless force instead of God, something like electric current, to which you simply could not connect, because you do not know where the socket is. Yet God is not faceless, He is a Person, and any relationship with Him can only be mutual. If He does not answer someone, He may have His own reasons, of which we know nothing.

Generally, the moment of the meeting between two people is always a mystery that cannot be dissected, decomposed into constitutive elements, and the path to it cannot be described as a step-by-step guide.

For example, you made a friend with the closest, the most understanding person, who can be trusted with your secrets, with whom the most precious and saddest things can be shared knowing that they will always support you, will not betray you or turn their back on you no matter what. Having such a friend always brings happiness, and everyone, who has them, knows it. Yet perhaps everyone will only perplexedly smile and lift their hands in dismay when asked how to make such a friend. After all, it would be absurd to say that I made a friend, because I myself became a nice person, overcame my shortcomings and in fact became worthy of their friendship. No, usually it is less complicated, and at the same time more amazing and beautiful: you are the same person that you were yesterday and the day before yesterday, when no one paid any attention to you. To put it mildly, you are still imperfect. However, today is when a person comes into your life, who somehow needs you with all your weaknesses, follies, and eccentricities (which you do not really like yourself). You understand, transfixed, that this is your friend, whom you have been waiting for so long, suffering from loneliness.

God cannot be forced to communicate, nor can you force another person to be your friend. Yet just as the expectation of friendship is already the first step on the way to it, so the longing for the meeting with God is the beginning of this meeting.

Therefore, Nikolay, I will not say that the problem is you. Instead, I will simply ask you to think, why is it so important for you to assure yourself of God’s existence? Why do you call the state of a lot of people, who do not feel His presence, nothing short of a problem?

Apparently, one can assure oneself in God’s existence not only through an internal feeling, but also through its absence, when it is perceived as a problem, as some void that needs to be filled. This very wish to meet God is a sign of God’s touch to a person’s heart, a notice of this meeting certainly happening in due time.

However, there is an important point: in no case such notice should be considered as some “proof of God’s existence”, obvious to everyone. Moreover, it is safe to say that such universal proof does not exist. For God addresses each of us personally and awaits a personal response in return. This answer is the matter of our freedom that people can use in various ways. To confirm this, it is enough to read the Gospel at least once. One cannot imagine a better proof of God’s existence than Christ’s appearance in the world, the incarnate God, who became a Person. He performed amazing miracles, healed hopeless patients, and even brought back the dead in front of many people. Yet even this amazing evidence did not reaffirm everyone of His divinity.

God really answers everyone who wants to believe. The only problem is that the power of this wish could vary between people: from simple curiosity to the realization of complete inability to live without God anymore. I would like to bring to your attention two stories of people, who in their youth, like you, wanted to assure themselves of God’s existence. One of them is Metropolitan Anthony of Sourozh, a well-known preacher, the other is hegumen Nikon (Vorobyov), an Orthodox ascetic, a man of holy life. I will also take the liberty to tell you about how I was reading the Gospel in a suburban train and what came of it.

Waiting can be tedious, but the joy of meeting would not be so strong without it. Nikolay, you are now going through a very important period, when the soul somewhat matures, prepares itself to meet God. When He reveals Himself to you, it will be a very intense experience, after which every story in your life will somehow point to His presence in the world. Yet it is here, at this meeting point, that you will be faced with the need to change yourself. Every meeting essentially changes our lives.

For example, entering into marriage a person leaves a lot of their bachelor habits behind and learns to live not alone, but together with their loved one. Well, perhaps, all mothers and fathers know how life changes after childbirth (after all, the birth of a new person is also a meeting).

While waiting for the meeting with God, it would be strange to believe that it would not require changes from a person. Many things that seemed quite harmless before will suddenly turn out to be dirty and vile in the light of purity and holiness of God revealed to you. How you treat the sin found in yourself will influence what this long-awaited meeting will become for you: your judgement or salvation.